This past weekend, Brazil and Argentina were scheduled to play their FIFA World Cup Qualifying fixture in São Paulo. However, only six minutes of that match occurred.

While the issue is a serious matter, considering it’s related to the ongoing coronavirus pandemic, one player decided to make light of the situation. Everton FC forward Richarlison chose to chime in on the matter.

The 24-year-old was called up for this FIFA window, but with the Premier League wanting to withhold its players, Richarlison decided not to disobey his club’s wishes.

Nonetheless, Richarlison went on Instagram (via Marca) and quoted a post by @desimpedidos, who published a post stating End of the game. Anvisa (National Health Surveillance Agency) 1 – 0 Argentina. 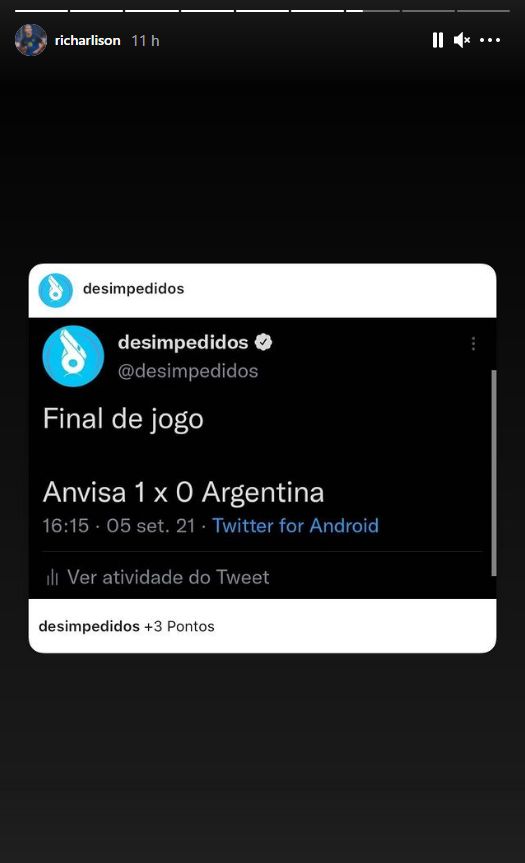