Grealish is already off to a fine start at Manchester City following his £100million transfer, scoring once in each of the Premier League and Champions League.

His latest goal came in the 6-3 win over RB Leipzig in City’s Champions League group stage opener on Wednesday night.

And amid that latest goal, former Man City and Chelsea winger Wright-Phillips has compared Grealish to England great Gascoigne.

Gascoigne is largely regarded as one of the most talented attack-minded players to have played for England, even if he didn’t maximise his talents. 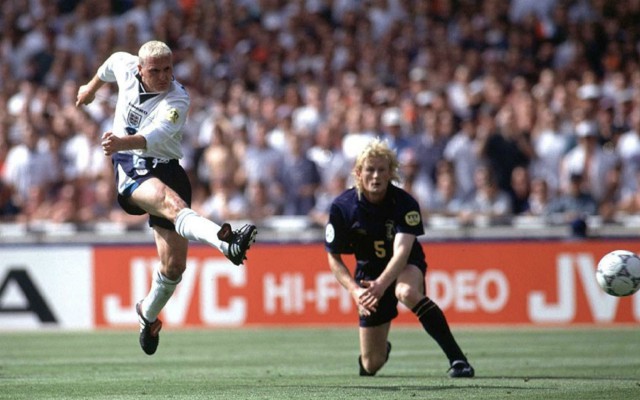 “I love to watch him play,” said Wright-Phillips, as cited by Man City’s official website.

“When he was at Villa, he was, for me, the closest thing you’re going to get to Paul Gascoigne. Once he gets more comfortable the more and more of it we’re going to see.

“You can have two players on him but he’ll find the way through to create that chance.

“The way teams play against City, where they sit back a lot, you need that cute player who, no matter how many players you put round them, he still thinks he can beat all of them. I think you need that.

“The one thing Pep is going to bring to his game is that he doesn’t need to be the one to do it all the time.

“There’s others in the team who can do that as well, maybe not the way he does it, but in a different way.”

Grealish still has some way to go to live up to that comparison, but he certainly is one of the brightest talents of this generation.

And now that he has joined a very top team – with no disrespect to Aston Villa – under a top manager in Pep Guardiola, it will be interesting to see how Grealish develops from here, and whether he can manage to kick on.