Slot recently welcomed Arsenal youngster Reiss Nelson into his squad as part of a season-long loan deal, but the 21-year-old is yet to feature.

Nelson was expected to feature regularly for the Dutch side during his loan spell and his absence has been a little alarming.

But according to Feyenoord boss Slot, Nelson’s absence has been because he is not used to the intensity of the Dutch side’s training, perhaps suggesting Arsenal’s training is lacking the same intensity.

Asked if he is available for Feyenoord’s next outing, he added: “No, he is not there, it is quite difficult to explain. I have asked the medical staff if that is easy, but that does not seem to be easy. 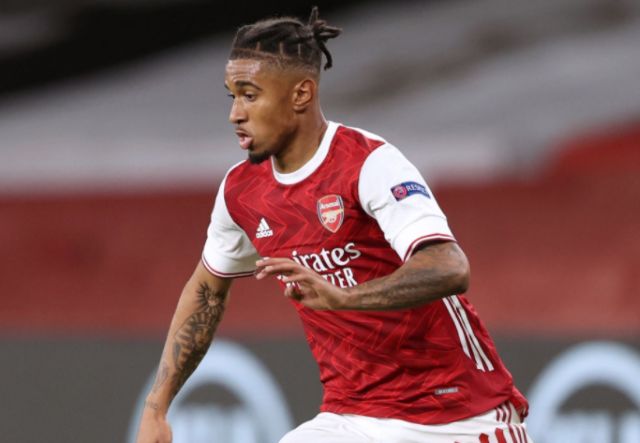 “The bottom line is that he is in good condition, but that is different from playing matches and a certain kind of training.

“At Arsenal, he was part of the selection, but there they did a lot of eleven-on-eleven and he belonged to the team that had to imitate the opponent.

“Then you have to walk a bit like the coach wants you to walk.

MORE: Arteta names Arsenal player who is instrumental to success

“He has not played any matches. The intensity of our exercises may have happened there, but he was not there.”

That will be interesting to Arsenal fans, especially given the Gunners’ differing form during Arteta’s reign.

Perhaps Arteta could do with learning a little from Slot to get his men better prepared for the intensity of the Premier League, something they have lacked on too many occasions during the Spaniard’s reign.