David De Gea has opened up on his stoppage time save to claim all three points for Manchester United.

It was a dramatic win for United at the London Stadium thanks to two late incidents, one of which was a stunning winning goal for Jesse Lingard against his former loan club.

The other came six minutes later when West Ham were awarded a 95th minute penalty and the opportunity to take a point.

Reliable penalty taker Mark Noble was brought off the bench to take the penalty, but De Gea pulled off an excellent save.

It was a save that made all the difference for United, who move level on points with Liverpool at the top of the table, while it was also a message to De Gea’s critics given the Spaniard’s poor record of saving penalties. 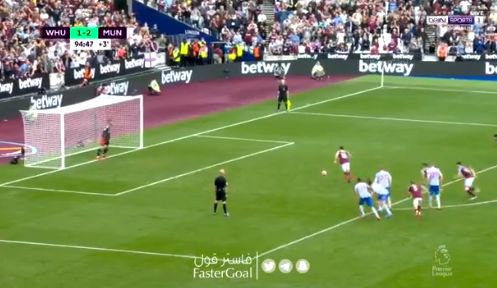 And after the game, he told Sky Sports: “It was the last minute, I made the save. A massive three points for us. Going through my head was ‘save the ball’.

“It was a really tough game, both teams had good chances, again a great goal from Jesse.

De Gea was heavily criticised over his penalty record on the back of last season’s Europa League final with Villarreal when he failed to save any of the 11 penalties taken.

But he has clearly been doing some work on the training ground, pulling off a superb save here to solidify his spot as United number one and to maintain the Reds’ bright start to their Premier League campaign.