Jovic has struggled for game time since his big-money move from Eintrach Frankfurt in 2019, making just 24 La Liga appearances and scoring only twice.

According to Eurosport, Jovic could well be sold by Real Madrid this summer as they look to cut their losses and brace for an incoming in the front line this summer.

And it is reported both Arsenal and West Ham are considering making a move for the striker.

The Gunners are looking to add competition for Pierre-Emerick Aubameyang, who needs pushing having struggled since signing his new contract at the start of last season. 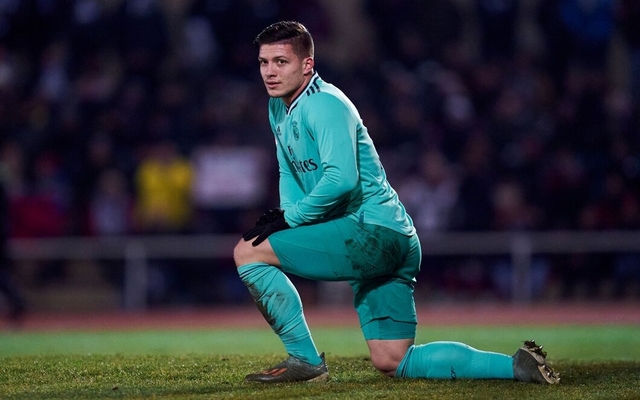 Meanwhile, David Moyes is limited for options in the frontline, only having Michail Antonio to call upon as an out-and-out frontman.

Jovic, despite his different form for Real Madrid, could be a good option for both clubs, though it’s unclear how much he will cost.

It’s clear he won’t cost anywhere near the €60million Real Madrid paid for him, but the 23-year-old won’t come cheap.