Thursday marked the one-year anniversary of the death of Argentine football legend Diego Maradona. Plenty of players past and present took to social media to share their thoughts on a year without Maradona.

Paris Saint-Germain forward Lionel Messi took to Instagram. The 34-year-old uploaded a picture of Maradona and had a short phrase for his former manager, “Eternal Diego,” Messi wrote on the social media platform.

Messi has long been connected with Maradona since his career began since the PSG forward became the next Argentine that had the capabilities of leading his country to another World Cup. 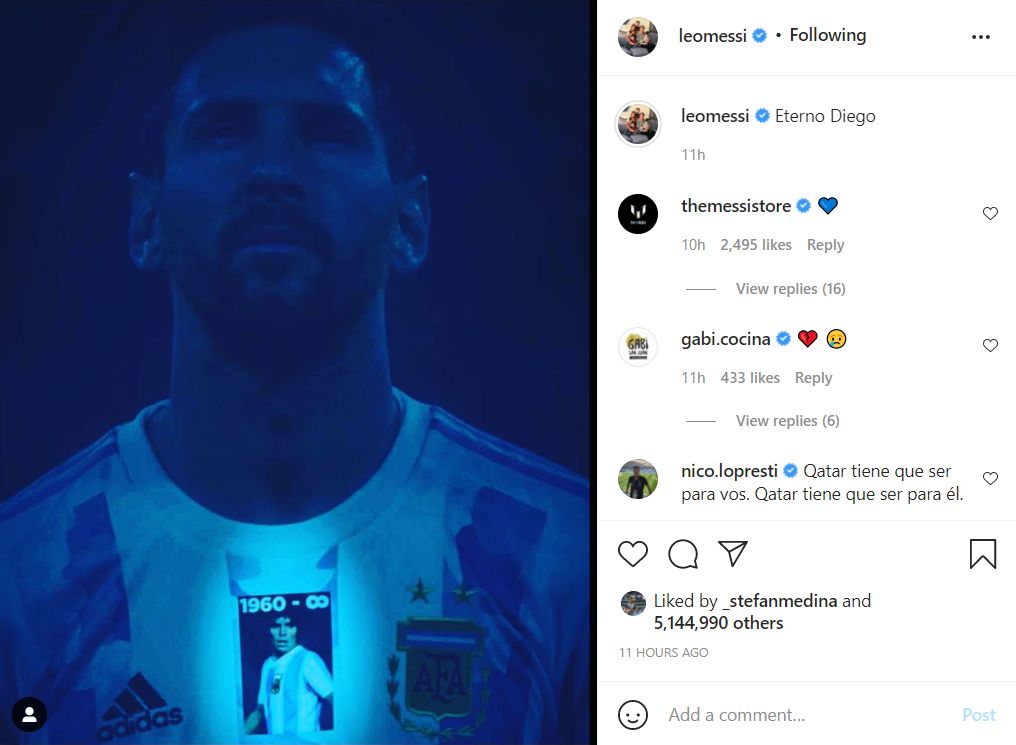