Manchester United ran out 3-2 victors in a tight end to end contest against Tottenham Hotspur.

The victory fires United into the top four at the expense of Arsenal, but The Gunners do now have four games in hand and no European distractions to worry about.

Nevertheless it was the Cristiano Ronaldo show today, as his hat-trick got United over the line, with the goals he scored today showcasing the full portfolio of his 807 career goals, a number which is now unmatched by any other player on the planet.

But how did the entire team perform? Take a look at our ratings below.

David de Gea (7) – There wasn;t a whole lot the Spaniard could do with either goal. While Spurs had a lot of shots and dangerous situations, De Gea was rarely tested with anything other than routine stops. A penalty is a draw of luck, though Harry Kane’s kick was emphatic, and Harry Maguire’s own goal was far from De Gea’s fault. A solid display generally, bar one free-kick he failed to claim which left everyone confused.

Diogo Dalot (6) – Came into the team in place of Aaron Wan-Bissaka, once again showed why he is being preferred at right-back by Ralf Rangnick. Composed on the ball but ultimately didn’t add a whole lot to United’s attack. Defensively shaky but that was a feature across the team.

Raphael Varane (8) – Showed why it is imperative he is kept fit by United. All of the drubbings United have had this season are when hasn’t been playing, and today could have been a cricket score if not for the French World Cup winner. A strong performance in an otherwise quite open defensive display from United.

Harry Maguire (7) – Despite his own goal, Maguire actually played well generally. Covered for his full-back well and won a number of big headers and tackles. Also good on the ball most of the game. Own goal was a disappointing blot on an otherwise decent performance which no one will remember due to the own goal and his overall recent poor form.

Alex Telles (5) – A poor display from the full-back. Repeatedly beat by his man and most of Spurs’ dangerous attacks came down his side. Registered an assist for the winner with a beautiful corner and was generally strong on the ball but lacked defensive toughness throughout.

Nemanja Matic (8) – Despite his age and lack of mobility, Matic marshalled the deep midfield role well. His ball playing ability remains an asset to United which only strengthens the need for United to buy a good deep-lying playmaker in the summer. Great pass in behind for Jadon Sancho to slip Ronaldo in on goal for the second.

Fred (9) – Industrious as ever, but with an added bit of Brazilian sparkle. Fred may be considered more of a destroyer these days, but he certainly still has the Brazilian flair within him. Lovely flick and then off ball run to set up and create space for Ronaldo’s howitzer.

Paul Pogba (7) – Good performance by the Frenchman even if it was unspectacular. Played the ball well when he needed to and kept play ticking over. Nothing of note except for a solid, disciplined performance from the number 10 position.

Marcus Rashford (4) – Another poor game for the England international. He just doesn’t look correct when played on the right side of the attack. Rightly subbed off but work rate in the first half was appreciated and needed, if nothing else his fitness should improve from this game.

Jadon Sancho (8) – On any other day he would have been United’s best attacker. Linked up well with Ronaldo and the rest of the attack. Caused problems whenever he had the ball and marked his performance with a nice assist. Nearly added a goal at the end but fatigue got the better of him.

Cristiano Ronaldo (10) – What can be said about this man. Now the record goalscorer in professional football, it was his second Man United hat-trick and his 59th overall. It’s amazing that at 37 years old he can continue performing like someone in his peak years. It is a very welcome return for him after a run of one goal in nine. Hopefully for The Red Devils sake he can carry this form into the rest of the season and fire United deeper into the Champions League and into the top four. 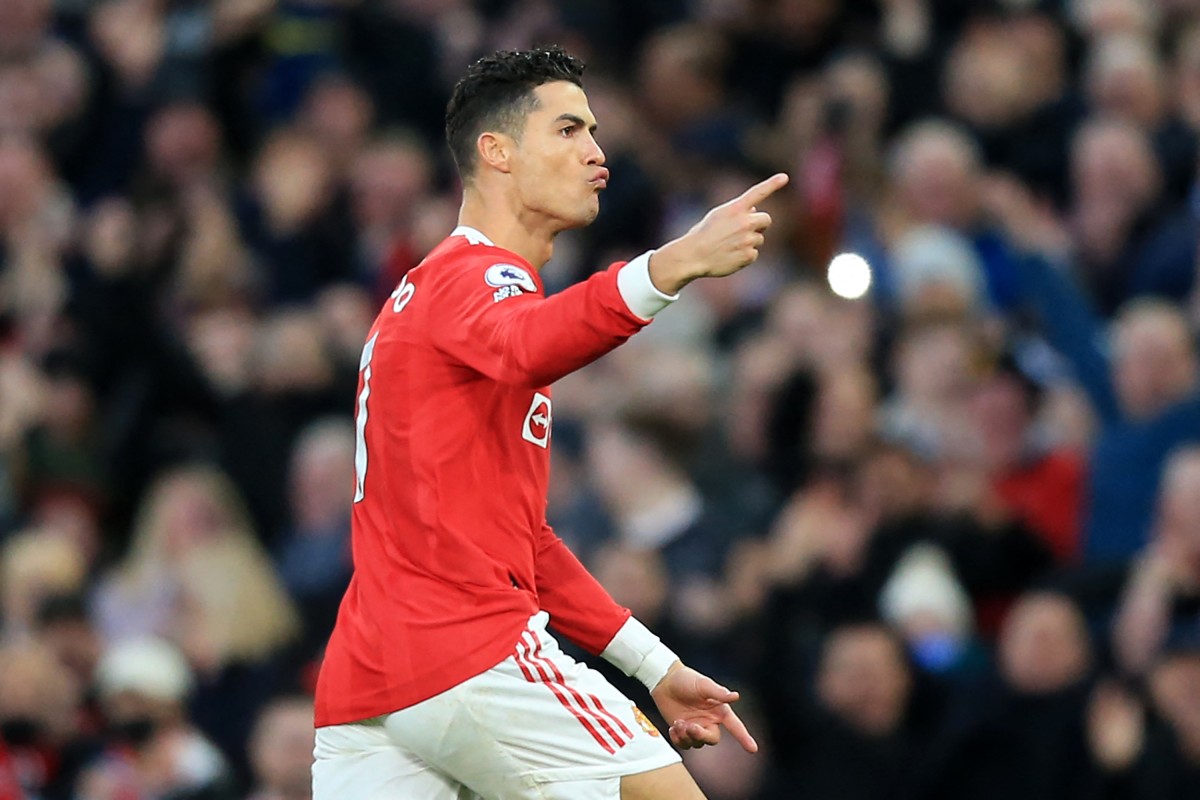