Liverpool managed a tight victory over Aston Villa on Tuesday evening, keeping the pressure on Manchester City for the Premier League title, but will have to turn their attentions to the FA Cup final on Saturday. They may well be doing so without one of their key midfielders.

After a frenetic start at Villa Park, which saw both sides score in the opening ten minutes, things settled into more of a rhythm as Liverpool looked for the lead. Just before the half-hour mark however, Brazilian Fabinho indicated he had a muscle problem and after receiving treatment, left the field of play.

“I don’t know,” said the Reds boss. “He felt a muscle, not too much. It was not the thigh, but the other side (hamstring). He is quite positive but I’m not sure what I can take of that, to be honest. We will see.” 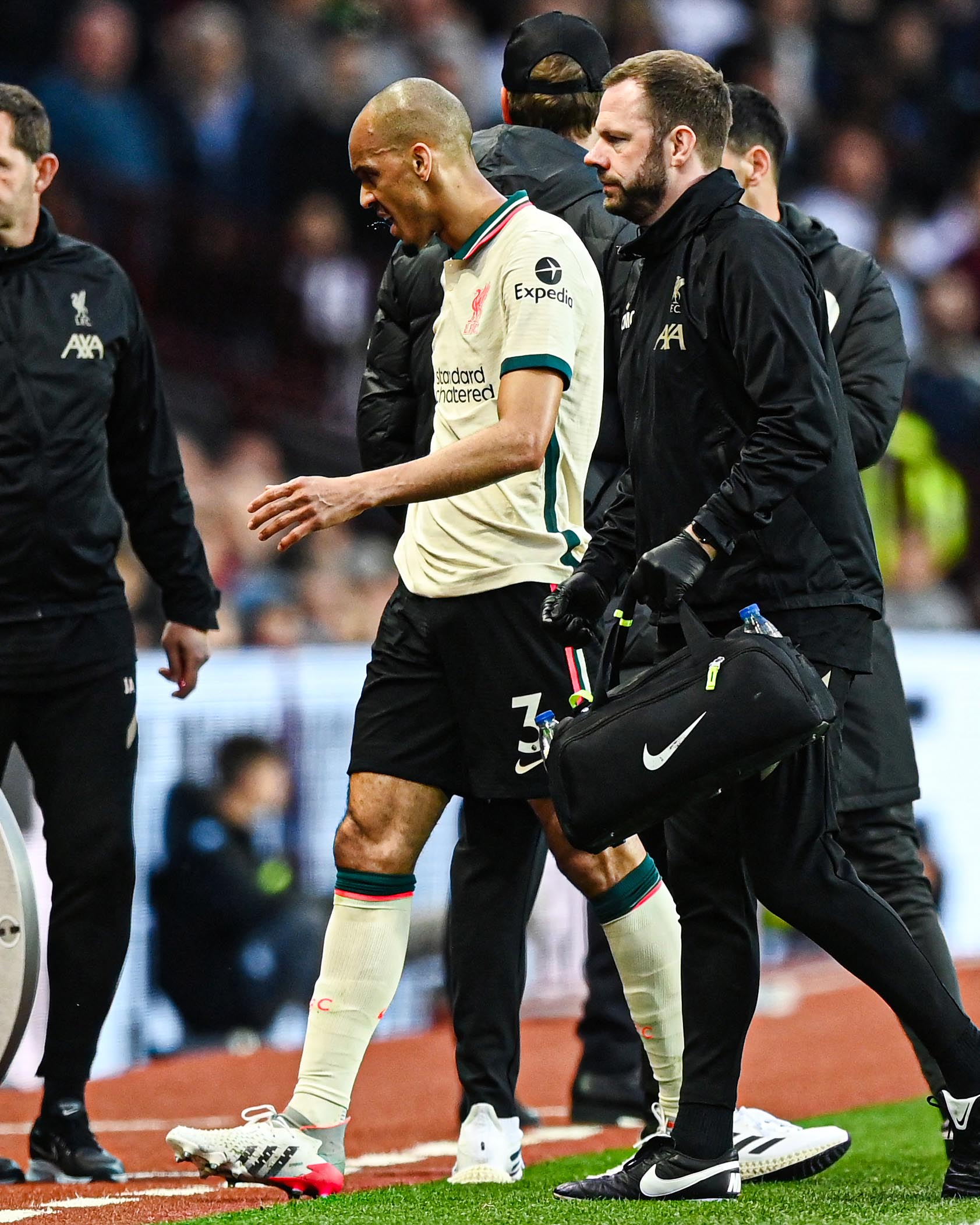 Fabinho limps off against Aston Villa.

“I can’t say when he’ll be ready. Nobody has an answer for that. He has a good feeling and that gives me a better feeling than I had when I took him off.”

Liverpool play Chelsea on Saturday in the FA Cup final, as they seek to take their eighth to the North-West. Fabinho would likely have started the match, but at the very least are well-covered in midfield. Captain Jordan Henderson is a more than capable replacement for Fabinho and may well come in for him, just as he did in the Villa victory. Should the muscle issue be more serious however, it may prevent the Brazilian from appearing in the Champions League final too.