Things appeared to be looking up for Arsenal and the mood around the Emirates was good, but back-to-back defeats away from home have not only soured that mood but put their hopes of ualifying for the Champions League in jeopardy. After their defeat to Newcastle on Monday night, Granit Xhaka didn’t hold back in his assessment of his teammates.

The Swiss international told the cameras that players weren’t listening to the manager and also invited some of his colleagues to stay at home if they aren’t ready for the match. Xhaka has been through some difficult periods at Arsenal and seemed to have turned it around with the funs, but plenty were critical of his words last night. 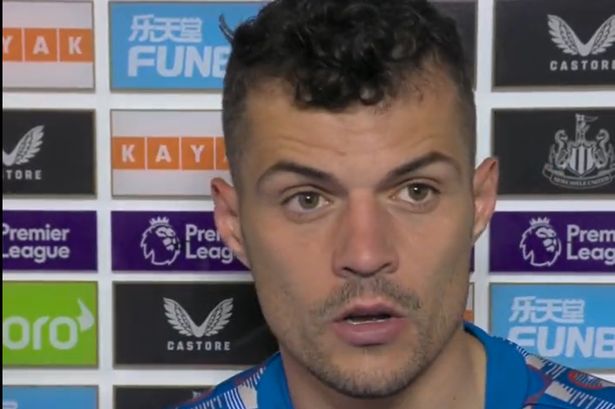 Xhaka was frustrated after their defeat, which has Arsenal’s top four hopes hanging by a thread.

Gary Neville didn’t agree with Xhaka’s words and called him a disgrace on SkySports. Although he wasn’t as harsh, Arsenal legend Ian Wright has also weighed in on the matter.

“Seeing a player coming out and saying ‘they didn’t listen to the coach’s instructions’ is a very strange interview from Granit Xhaka,” said Wright, in quotes carried by the Daily Star.

“To say it now, I don’t think it helps anybody. That’s the kind of talk you want in the dressing room for them to understand when you go out there, then you know what you need to do.”

“Afterwards, it probably makes people upset, especially when you aren’t naming names. I felt it’s the kind of talk you want before the game. It’s very easy to say afterwards because, the Tottenham game, you come out and say it then.”

Arsenal must now beat Everton on the final day of the season and hope Tottenham are defeated by Norwich in order to make the top four on the final day. After manager Mikel Arteta recently signed a new deal with the club, this will likely be considered a setback.