As the season draws to a close, many players are involved in a process of saying goodbye to their clubs in their final home matches. One Celtic star that perhaps wasn’t a certainty to be out the door may have made his intentions clear in the final game at Celtic Park.

Former Leeds United player Michael Bridges has said that Tom Rogic has the ability to make it down South and one of the teams he suggested for the Australian was his old club. Rogic is out of contract in 2023, meaning if Celtic wanted to make any money from his sale, then this would be the time. 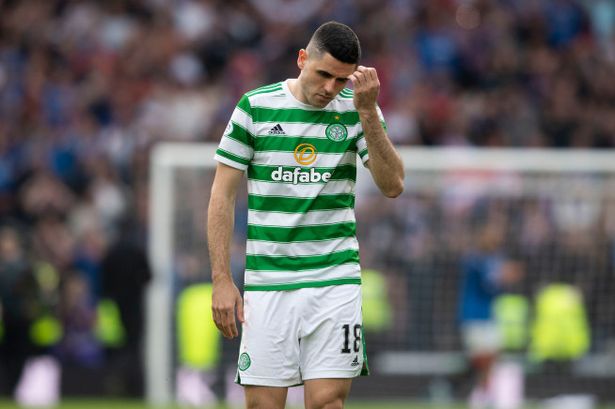 Rogic left the pitch in tears in his final match in green and white.

“It was absolutely brilliant scenes to see him departing the field, it was a very emotional moment,” Bridges told HITC.

“I think the embrace with Ange was for about 30 seconds because I think Ange [Postecoglou] is gutted that he’s going as well.”

“I’d like to see Tom Rogic getting to a Premier League football club, I still think he has something to offer. I wouldn’t mind seeing him at Newcastle actually. I think they are going to go bigger and better but Newcastle United could be an option.”

Bridges clearly thinks Rogic and his talented left foot have a place in Premier League football and Rogic’s emotional ending suggests that he won’t be in Scottish football next season. Rogic has spent his last nine years in Glasgow with the exception of loan spell at Melbourne Victory in 2013/14. Across those years he’s made 272 appearances for the Hoops, scoring 46 times and assisting on 49 occasions.

Rogic is renowned for his long-range strikes and the ability to measure a pass, although perhaps the biggest impediment to his signing is his position. Naturally built for a number 10 role, his lack of defensive ability makes it difficult to play him in central midfield and many sides would have to change their system to accommodate a 10 these days.