Zlatan Ibrahimovic has been revelling in the celebrations as he helped Milan to secure their first Serie A title in a decade. After making a rather astonishing revelation, those celebrations took on an extra meaning.

It was confirmed that the Swedish striker would have surgery on his anterior cruciate ligament early in the week after securing the title with a 3-0 win over Sassuolo on Sunday. That will likely keep him out for 6-9 months, with some concerned it might be a bridge too far for the giant forward to cross, bearing in mind he is 40 years of age now. 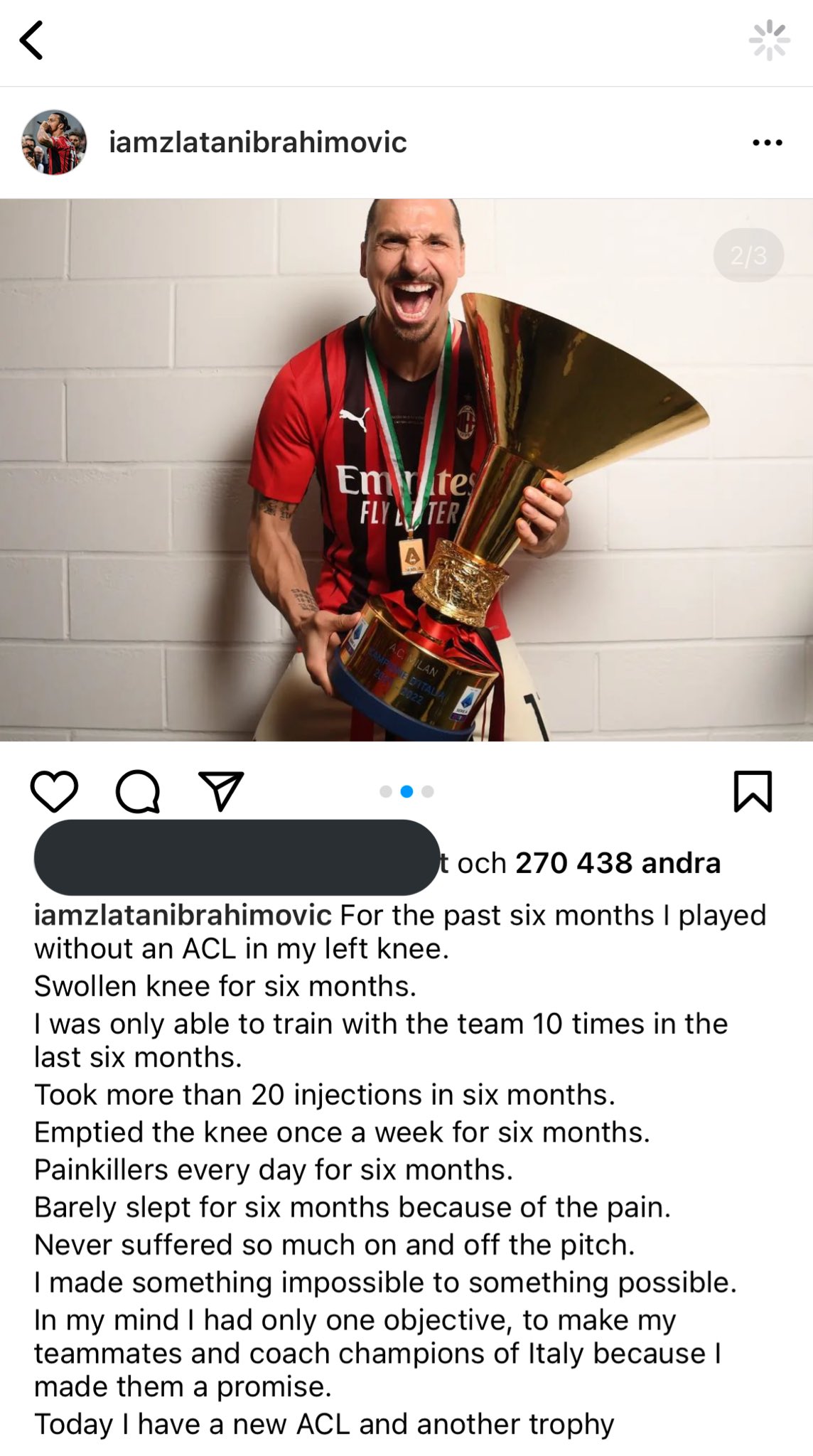 Yet all of it was worth it according to him. On his Instagram, Zlatan revealed that he had essentially been playing without an ACL during 2022. This also led to problems with his sleep due to the pain and limited participation in training, in his efforts to make it to the end of the season and secure the title.

The former Manchester United forward made 27 appearances for Milan, contributing 8 goals and 3 assists to the cause. Since the turn of the year, he has only made it onto the pitch off the bench for cameo appearances, but his leadership and experience will no doubt have been useful in the run-in.