The Hammers have been working on this deal since January, according to Terry Flewers, and it now looks like a move is “on”, according to the transfer news journalist.

See below for the latest on Broja’s future, with West Ham seemingly in pole position to sign the 20-year-old forward, who had an impressive spell on loan at Southampton last season… 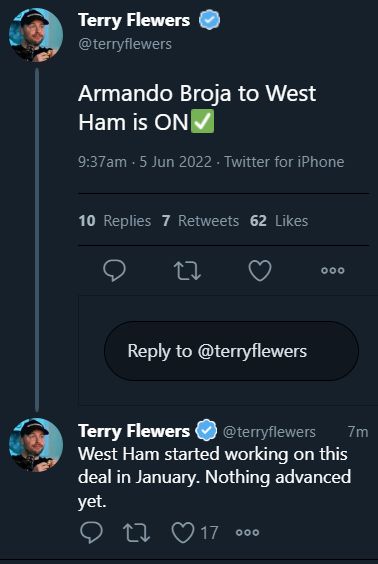 The likes of Arsenal and Napoli have also been linked with Broja in recent times, but West Ham urgently need more depth up front.

This could be a fine move for David Moyes’ side if they pull it off.