Leeds United are reportedly closing in on a transfer deal for Bayern Munich midfielder Marc Roca.

Reports suggest this move could now be completed in the next 48 hours, with the fee estimated to be between €13-15million for the 25-year-old.

Roca hasn’t played regularly in his time for Bayern, but previously showed promise at former club Espanyol, so he could be a smart addition to this Leeds squad. 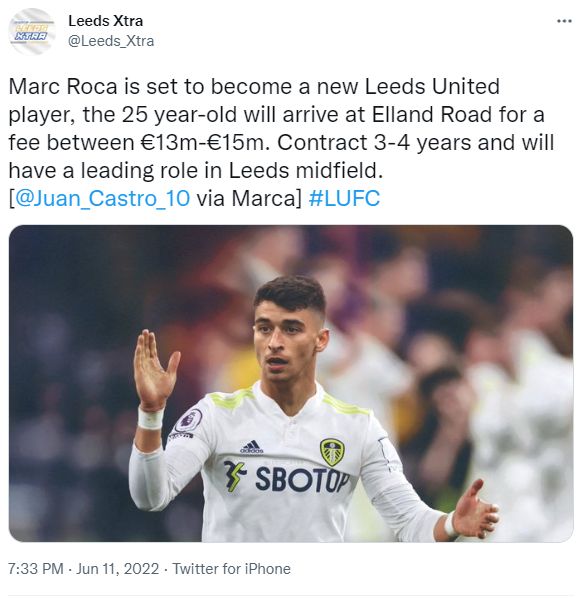 Leeds fans will be pleased with their club’s strong start to the transfer window if this move goes through.

Roca has long been linked with the Yorkshire outfit, and is expected to become a key part of Jesse Marsch’s line up.