Former West Ham youngster Sonny Perkins has dropped a hint he could be on his way to Leeds United this summer.

The talented 18-year-old has been linked with the Whites since becoming a free agent, and he’s just started following the club on Twitter, as some eagle-eyed fans have noticed. 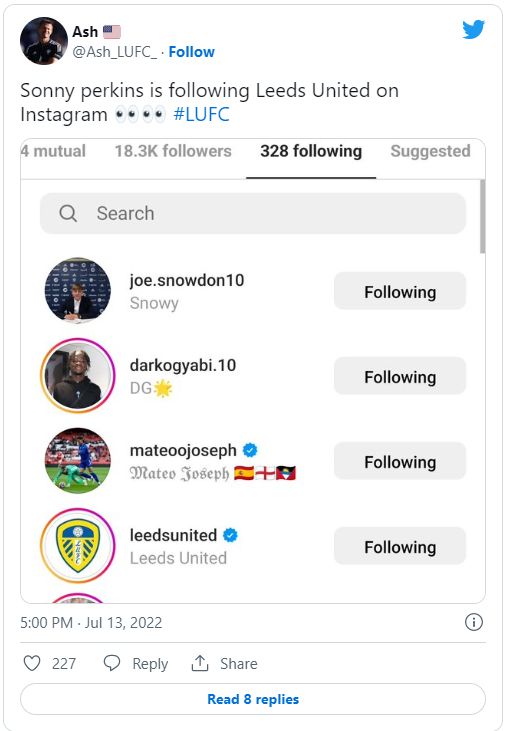 It’s surely vital for Jesse Marsch and co. to bring new faces in this summer after losing Raphinha and Kalvin Phillips.

Perkins is a promising talent, but the Yorkshire outfit could undoubtedly do with more proven and experienced names as well.