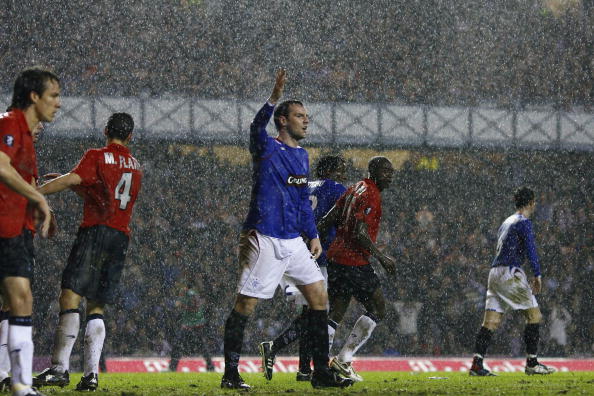 Craig delivers the final part in his 3 part series on the Scottish Premier League, with predictions for Rangers, Kilmarnock and more.

Finished 5th in the last 2 seasons, and will be hoping to do the same again with what is basically the same squad of players. Have spent the summer fending off advances from Rangers for star striker Steven Naismith. Rangersâ€™ first offer was an insulting Â£400k over 2 years, and while this has been increased to Â£1.5m over 2 years, Killie want Â£2m for the Scotland international. Naismith handed in a transfer request before withdrawing it a week later and now looks set to stay at Rugby Park. Only signing has been 20 year-old midfielder Craig Bryson from Clyde who will add depth to that area of the park. Defender Gordon Greer left for Doncaster and midfielder Peter Leven joined Chesterfield, but youngster Ryan Oâ€™Leary will fill Greerâ€™s boots, while Leven was never a regular anyway. Reserve goalkeeper Graeme Smith joined Rangers for free, and is now 3rd choice goalie at Ibrox. Naismithâ€™s partnership with Colin Nish was the most prolific in the league last season, with 28 goals between them (Naismith 15, Nish 13) and a lot will depend on those two again. Manager Jim Jefferies likes his side to play the ball on the deck and Killie usually set out to attack teams. Defence is notoriously leaky but if they can plug the gaps they could challenge for Europe.

One to watch â€“ Ryan Oâ€™Leary

Struggled towards the end of last season, and manager Maurice Malpas was shown the exit door to be replaced by Mark McGhee. McGhee has appeared slightly arrogant in his interviews since taking over, and may underestimate the quality of the league. His side will struggle after losing top scorer Scott McDonald to Celtic and midfielder Brian Kerr to Hibs. Replaced Kerr with combative midfielder Simon Mensing from St Johnstone which looks like a good piece of business. McDonald will be harder to replace, but Chris Porter has joined from Oldham for that purpose. Squad looks rather weak on paper and although they have won their first 2 games of the season they could struggle. Goals will be hard to come by and Porter will have to settle in quickly. Will probably be involved in a three-way battle with Gretna and St Mirren at the bottom of the table and may be the ones who lose out.

One to watch â€“ Mark Reynolds

Have been impressive since Walter Smith abandoned his country to rejoin the club â€“ but will have a difficult job stopping Celtic from making it 3 titles in a row. Spent the early part of the summer searching in the free transfer market, snapping up Alan Gow from Falkirk, Kirk Broadfoot from St Mirren, Jean-Claude Darcheville from Bordeaux, Graeme Smith from Kilmarnock Reserves and Roy Carroll from West Ham. But after these underwhelming signings, they have started to flash the cash, first signing winger DaMarcus Beasley from PSV for Â£700k, then taking Lee McCulloch from Wigan for Â£2.25m. Defender Carlos Cuellar joined for around Â£2.5m from Osasuna and right-back Steven Whittaker cost Â£2m from Hibs. Gabon striker Daniel Cousin joined from Lens for Â£1.5m, which looks like a lot of money for a 30 year-old. Two more of Paul le Guenâ€™s dud signings left the club, with Karl Svensson joining Caen and Libor Sionko moving to FC Copenhagen, which leaves only Sasa Papac and Filip Sebo remaining at Ibrox. Walter Smith can be a little cautious in the league, especially away from home when he often plays 4-5-1. Can tend to be over-reliant on the goals of Kris Boyd, who is criticised by supporters despite being top scorer in the SPL 2 years in a row. Rangers are certainly much stronger than last year and have good strength in depth, but while they will run Celtic closer, they may just lack the little bit of quality which would make them champions.

One to watch â€“ Steven Lennon

Struggled badly towards the end of last year and only stayed up last year on the back of early season form. However they secured a major coup in signing Craig Dargo from Inverness and his goals will be key to securing safety again, especially with the departure of top scorer John Sutton to Wycombe. Defender Will Hainingâ€™s acquisition from Oldham was popular with the fans â€“ heâ€™s married to glamour model Michelle Marsh. Ex-Arsenal keeper Mark Howard joined from Cardiff and midfielder Gary Mason was signed from relegated Dunfermline. Argentinian full-back Franco Miranda also joined from Swedish side Helsingborgs after a successful trial. Defender Kirk Broadfoot joined Rangers and he may prove difficult to replace. Boss Gus McPherson has often been criticised for being too defensive but his side are usually hard to beat, and if Dargo stays fit then his goals should keep them up.

One to watch â€“ Chris Smith