How the hell did this only get a yellow card? Watch as Arsenal’s young wide man, currently on loan to Feyenoord, is blatantly assaulted by Den Haag’s Ahmed Ammi who deliberately elbows the Japanese teenager to the ground whilst making no attempt to win the ball. Amazingly he didn’t get sent off, luckily for Gunners supporters, the promising 18 year old was not injured by this hideous challenge. In other news it seems that Wenger is interested in one of Miyaichi’s team-mates. More on that, as well as the video of this horrible challenge, below. 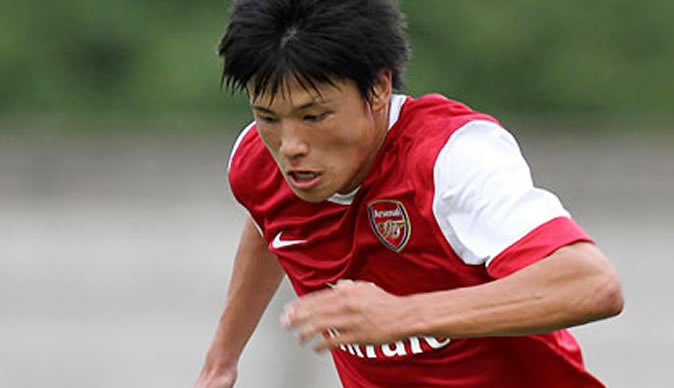 Feyenoord defender Stefan De Vrij is being tracked by Arsenal.
The ‘Young Guns’ website reports Arsenal chief scout Steve Rowley was in Holland to see Feyenoord’s 2-2 draw with ADO Den Haag.
Rowley was there primarily to check on the form of Ryo Miyaichi.
But Studio Voetbal says he was also making checks on 19-year-old De Vrij, who is rated as one of the best young prospects in Holland.
A move to Arsenal in the summer is mooted for De Vrij for around €3.5 million

Another week, another defender being linked with a move to the Emirates.
This time Feyenoord youngster Stefan de Vrij has been spotted by Arsenal’s top scout Steve Rowley.
Rowley, who is wanted by Chelsea to head-up their new recruitment drive, is often sent by Arsene Wenger to watch prospective signings.
He was sent by Wenger to scout Cesc Fabregas and Thomas Vermaelen, who he watched at Ajax by hiding in the woods.
19-year-old De Vrij has made 21 appearances for the Dutch club and hopes to follow in the footsteps of former Feyenoord player Robin Van Persie.
This deal is a real possibility but with the emergence of Ignasi Miquel, Wenger may just decide not to go through with the deal.