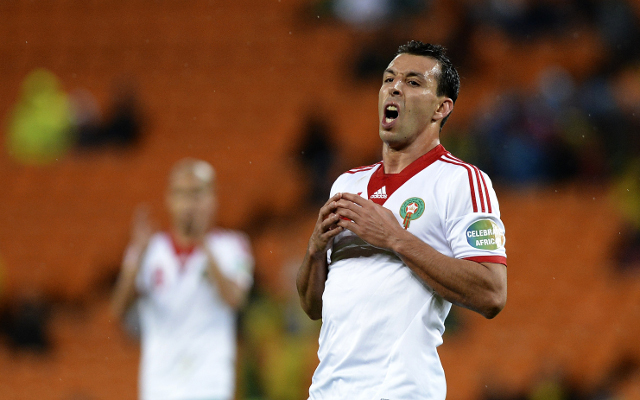 Fiorentina striker Mounir El Hamdaoui is flattered by reports linking him to a move to Liverpool according to The Daily Mail.

The Moroccan international is rumoured to be interesting the Liverpool management as they seek to bolster their attacking options. The Anfield side found themselves with just one fit striker earlier in the summer when Fabio Borini was injured and Andy Carroll was shipped out on loan to West Ham.

The club have since signed England striker Daniel Sturridge but it is thought they are keen to ensure they have a wealth of options for next season.

El Hamdaoui’s previous spell in the UK was a flop after he was signed by Martin Jol during his time at Tottenham.

The player spent his first season out on loan at Derby County before a failure to settle and a spell of injuries saw his first team chances at White Hart Lane limited.

El Hamdaoui moved to the Dutch league’s with Willem II where he rebuilt his reputation, eventually earning himself a move to Eredivisie giants Ajax.

A subsequent fall out with boss Frank de Boer saw his shipped out to Serie A but the player is keen to have another crack at English football.

‘Being linked with Liverpool is flattering but I really think it is paper talk so far. Liverpool are a great club and to play there in a legendary stadium like Anfield would be fantastic and a dream’, El Hamdaoui told Sky Sports.

‘But I am at Fiorentina and I’m happy.’