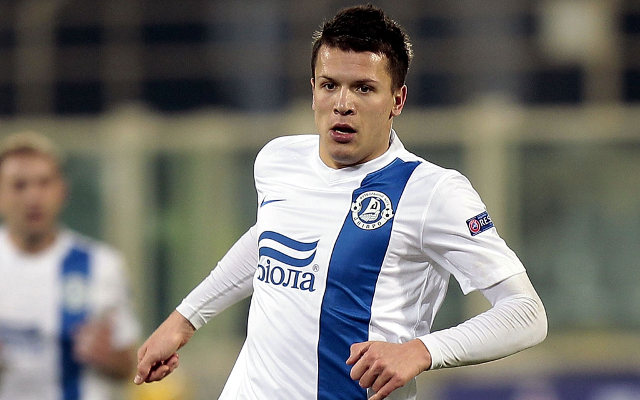 Rumoured Liverpool transfer target Yevhen Konoplyanka has rejected another approach from Benfica, fuelling speculation that he is holding out for a move to the Premier League.

Speaking to national broadcaster TRT, via AS, Besiktas president Fikret Orman admitted defeat in the pursuit of the versatile attacker.

“I have held three meetings with the player and on each occasion, his answer was no,” Orman began.

“As of the moment, nothing has changed and we have started looking at other players.”

AS report that Besiktas’ Istanbul rivals and fierce enemies Galatasaray are believed to have made an approach for the player—who is out of contract at Dnipro Dnipropetrovsk.

Should Gala succeed with their reported €2.5 million-per-year offer for the forward, it would represent a galling failure for Besiktas.

While Cim Bom could offer Konoplyanka a route to the Champions League—they will enter at the group stage—it is understood that the player himself is keen on a move to the Premier League.

The Stoke Sentinel are just one source to have linked the 25-year-old with a move to the EPL, with Stoke City boss Mark Hughes reportedly keen on the winger.

However, the Mirror believe that the Potters may well now be turning their attention elsewhere, and are believed to be considering Crystal Palace wideman Yannick Bolasie.

Their decision to turn to the Democratic Republic of Congo forward may open the door for Liverpool to recruit the Ukrainian winger.

The Express identified Konoplyanka, as well as AS Monaco’s Lucas OCampos, as the Reds’ key transfer target should Raheem Sterling leave the club this summer.

According to AS, Sevilla are also monitoring the wideman, who played against them in last season’s Europa League final. After winning that match, the Rojiblancos could also offer the winger Champions League football.

Konoplyanka made 15 appearances in the Europa League last season—of which 14 were starts—and contributed three assists and one goal.