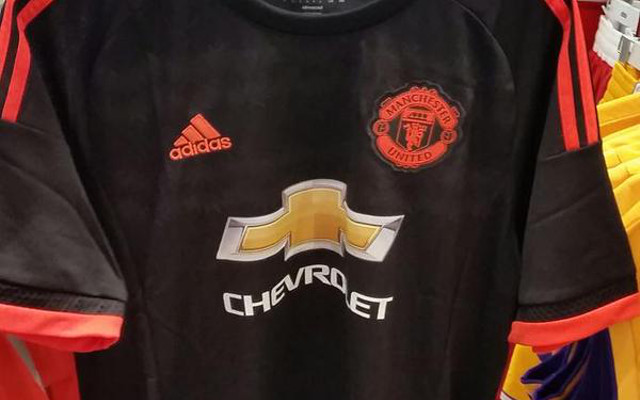 Following the release of Manchester United’s 2015-16 home shirt last week, excited supporters have been quick to expose snaps of what looks certain to be the club’s third shirt for the new season.

One Twitter user posted images of the third jersey – typically designed for European matches – on sale at an Adidas store in Dubai.

The Red Devils’ new third kit is all black with a the badge and three stripes in a bold orange/red design: 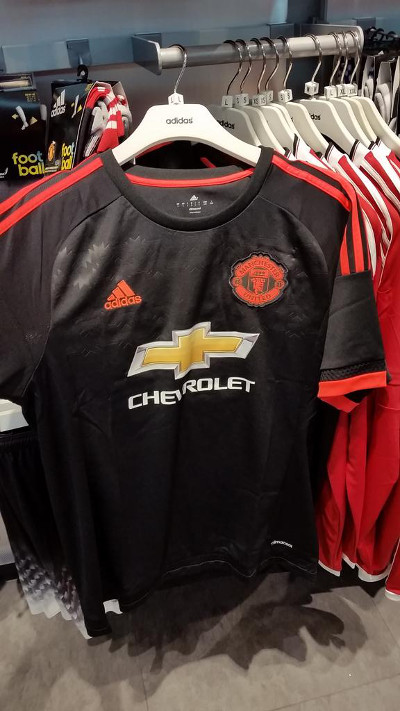 This summer’s Adidas deal marked the end of United’s 13-year deal with rivals Nike, and they are set to debut their home shirt on Saturday when they face Tottenham Hotspur at Old Trafford for the opening day of the Premier League campaign.