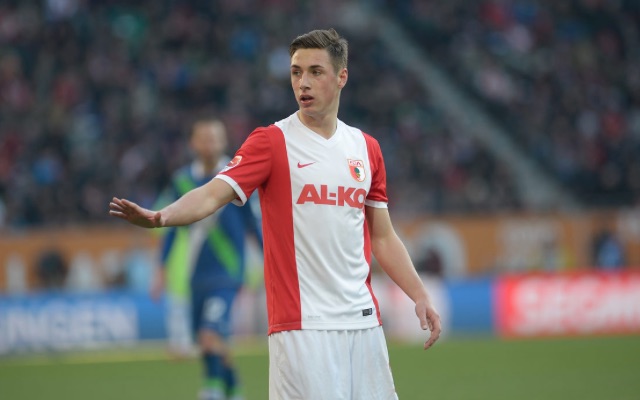 Tottenham Hotspur are tracking Augsburg midfielder Dominik Kohr, according to The Mirror.

The Mirror reports that Mauricio Pochettino’s Premier League contenders, as well as Southampton and West Ham United, are monitoring the 22-year-old, whose contract with Augsburg runs until 2019.

Spurs have earned a reputation for buying and developing the best young talent from across Europe – bringing in the likes of Eric Dier and Dele Alli to play with their own academy products.

Kohr, a Germany Under-20 international who has established himself as a key player at Augsburg after joining from Bayer Leverkusen in January 2014, fits Tottenham’s profile of recent signings.

But the midfield ranks are already well stocked at White Hart Lane. Mousa Dembele – the eldest at 28 years old – Nabil Bentaleb, Tom Carroll and Ryan Mason are competing for places with Alli and Dier.

Tottenham and his other reported suitors will get a good chance to scout Kohr, who has no goals and 11 yellow cards this season, when Liverpool visit Augsburg in the Europa League last 32 on Thursday.