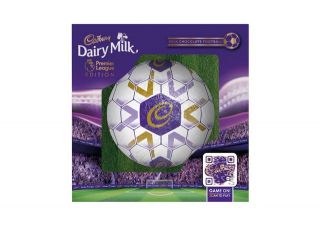 As if the return of club football, with the Premier League and the Champions League games now coming thick and fast , wasn’t already exciting enough news, Cadbury have announced the release of their new Dairy Milk Premier League Chocolate Football for fans to enjoy.

This tasty looking new treat comes in two sizes – 256g and 455g – with the smaller size available now nationwide and the larger size coming as an exclusive to Tesco in November.

On top of that, keep an eye out inside the larger packs this November for the chance to win one of ten pairs of Premier League hospitality tickets or 90 pairs of Premier League match tickets. Cadbury are giving some fans that extra access to games that they might not normally have – all whilst treating your mates and your taste buds in the process! 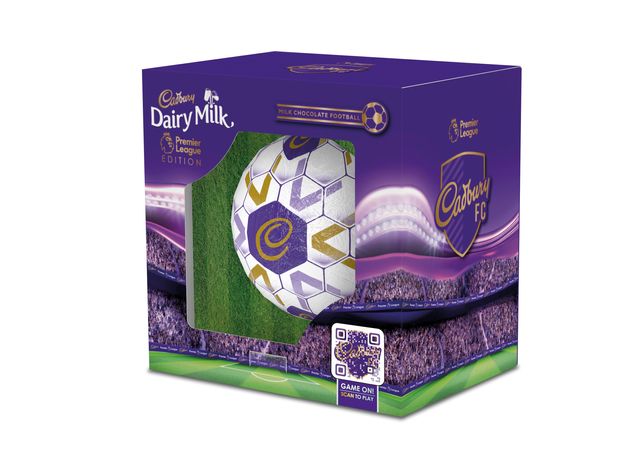 Whilst sharing this football-themed treat as you watch your team in action again this weekend, you can also scan a QR code on the smaller box that lets you take part in the Super Striker digital game, where you have 15 chances to score against the goalkeeper and you can play to beat your top score. Clearly this superb product is set to add to the matchday magic – wherever you’re watching.

The shape of it almost makes you want to take it to the park for a kickabout, but you won’t want to miss out on that great flavour!

Cadbury has been the official snack partner of the Premier League since the start of the 2017/18 season, and the development of the Cadbury Dairy Milk Premier League Chocolate Football is the ideal way to bring friends, family and even rival fans together to enjoy the sport we all love.