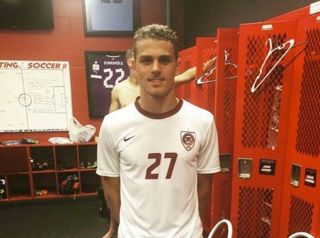 A talented young footballer in Australia has been found dead in tragic circumstances after a shark hunt team found his remains.

The body of 21-year-old Eric Birighitti was discovered at Twilight Beach in Western Australia on Tuesday after the search team were called to look for another missing person.

Gary Johnson was said to have been attacked by a great white shark while scuba diving and so when the emergency crew came across the body in question, they believed it was him.

However, as per The Mirror, when the crew found three sharks feeding on a human corpse, they later confirmed that it was in fact Eric.

It’s added that the youngster had slipped and fallen into the ocean after walking along the rocks, and while his friends attempted to save him, he was taken out further by a strong current.

While it was hoped by all that he would still be rescued, it’s now reported that the body was his and so prayers are with his family and friends at this difficult time.

Sadly, it’s also added in the report from the Mirror that the search has been called off for Mr. Johnson too in what is a tragic set of circumstances for all the people concerned.