Barcelona are known throughout the world for their youth academy and the players it produces, but it’s starting to look like that tradition is in danger.

If you think back over the past 20 years at the players they’ve produced, names like Carles Puyol, Victor Valdes, Gerard Pique, Cesc Fabregas, Xavi, Iniesta, Pedro, Sergi Roberto, Sergio Busquets and Lionel Messi have all come through the system, but none of them are recent graduates.

The current team still features a few of those names, but it’s really just Lionel Messi and an average supporting cast at the moment, and Marca have taken a shot at Quique Setien in a recent report.

They point out that three promising talents from the youth team didn’t get a look in – Carles Perez and Abel Ruiz are now doing well for Roma and Braga respectively, while Riqui Puig is barely playing.

They go on to further criticise him for moving away from the traditional 4-3-3 formation to force Arturo Vidal into the side ahead of Ansu Fati, so it’s like Setien just doesn’t want to rely on the youth players at all.

It’s possible that they just aren’t good enough to play, but it’s not like Barca are playing incredible football with this team full of veterans, so it makes you wonder about the future of Setien. 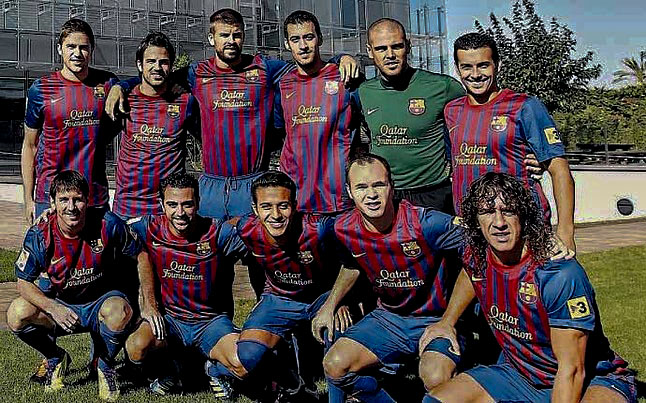 some exceptional players have come through La Masia

Perhaps he’s lost his nerve and wants to rely on experienced heads in an attempt to win something and keep the job for longer, but it’s short sighted and doesn’t look like the best thing for the club.

It will hurt Barcelona even more that Real Madrid are now flourishing with some fantastic young players coming through (even if they do buy them in) so it looks like a revolution is needed.

That might take some time and a few years without success, so you have to think the fan base might not be willing to accept that.