For years we’ve become used to seeing an outstanding Barcelona team with various young stars trying to battle their way into the first team, but things are not looking good.

While Real Madrid have been hoovering up the best young talent from around the world, Barcelona have kept adding veteran after veteran and it’s just not sustainable.

It sounds like finances are tight and we’re not seeing many young players getting a chance to break through, so this likely starting XI for next season should set alarm bells ringing: 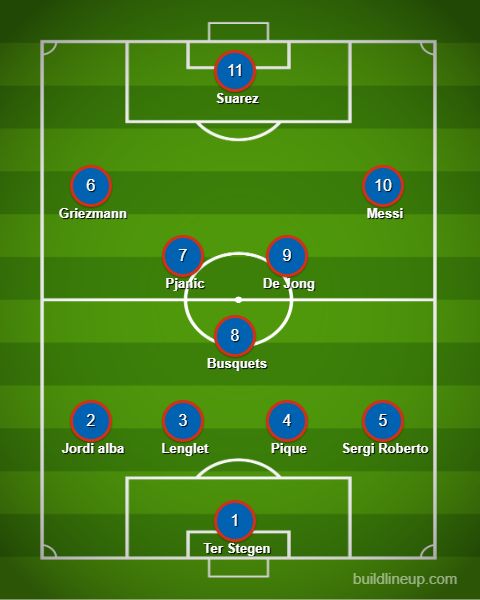 It’s worrying that the only players that they can build around for the long term are ter Stegen and de Jong, with the rest of the team being over 30 or close to it.

Ansu Fati should force his way into the team soon and could become an important player, while we keep hearing that Riqui Puig has immense talent but we never get to see it.

It’s possible that they are desperate to put experienced players around Messi for his final years and that’s understandable, but it could become a big problem very soon.

Almost the entire team needs to be replaced and that’s hard to do when they have no money and limited young prospects.

It certainly looks like Real Madrid are in the ideal position to dominate for years to come.