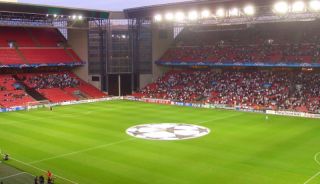 It’s very true in life that you get what you pay for, so if you look to exploit potential employees by not paying them then it’s rarely going to work well.

A lot of fans will think of scouts as people who spend their days travelling to as many games as possible to help the club unearth that next big star, but the reality is only half true.

You do have dedicated individuals who will do all they can to make a difference, it’s just they also need to have a full time job which is going to take up most of their time.

It’s amazing that we live in a world where football clubs will spend so much money on transfer fees and wages, so any mistake in the transfer market could cost you millions if it goes wrong.

Logic dictates that you would do everything possible to make sure you have the best scouts to compile reports before making a move, yet for some reason it’s the one area where clubs scrimp and save as much as they can.

The work is usually done by unpaid volunteers who are desperate to get a chance in the game, so clubs know they can exploit them for a season or two before casting them aside and starting again.

Voluntary scouting makes sense at the lowest levels because clubs are generally run by volunteers, but it’s nothing short of outrageous for a Champions League club to be going down that route:

FC Midtjylland have qualified for the UEFA Champions League group stage for the first time in their history. They are owned by a man whose net worth is probably close to $1 billion.

They are now recruiting unpaid video scouts from around the world. Moneyball indeed. pic.twitter.com/5ZvUn7EKAC

There will be people out there who think it’s fair enough and possibly even good business practice from the club, but it’s nothing short of exploitation and it’s a dreadful look.

Even if you reach the Champions League group stages and lose every game you will bank a guaranteed €15m, but that figure only goes up for every draw or win.

One of the biggest focusses in football just now is clubs living within their means, so that usually comes down to transfer and wage spending, but it extends to the rest of the club too.

If you feel you can’t afford an extensive scouting network then you need to adapt accordingly, much in the same way you would need to adapt on the field if you can’t just buy every player you want.

There will be some people who think this is a great opportunity to get some experience and if you do well then they’ll take you on, but that is a mug’s game.

The club is owned by Matthew Benham who also owns Brentford, and it’s worth noting that the English Championship side let a lot of scouts go at the end of last season so they are not in the business of treating their recruitment staff well.

FC Midtjylland are not alone here and a lot of clubs around the world indulge in these practices, but for a club who want to talk themselves up as one of the most innovative clubs, it’s not a good look when you’re innovation revolves around human exploitation.