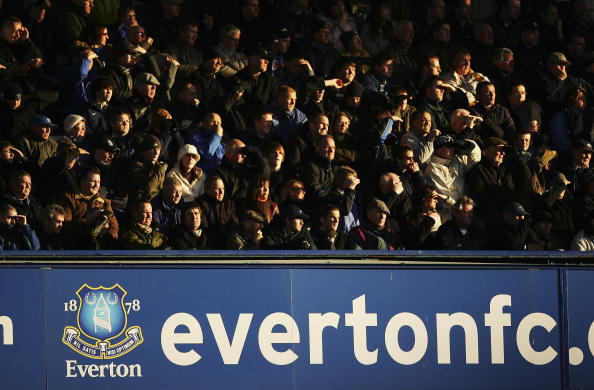 Edward takes a moment of (verbal) silence as Everton finally are about to up and abandon Goodison Park.

Everton fans have voiced their approval of the club’s plans to move from Goodison Park to a brand spanking new 55,000 capacity stadium in Kirkby. It will be a tear stained farewell to much loved Goodison, described euphemistically in The Observer as a ‘proper ground’, which sported the “lived in look”.

The Guardian reports that :”59.27% of the 25,761 fans who voted expressed their support for the move”. – a strong if not utterly resounding show of approval for what has been described as “The Deal of the Century”, with the club possibly only needing to pay a Â£10m a fraction of the total outlay for a stadium worth Â£75m.

However, many fans will be haunted for years by the idea of “leaving the city of Liverpool”, a fact the fans on the other side of Stanley Park will no doubt revel in. The bonds with Goodison which has witnessed glorious championships and held fans hands through tortuous relegation scrapes, will be hard to break.