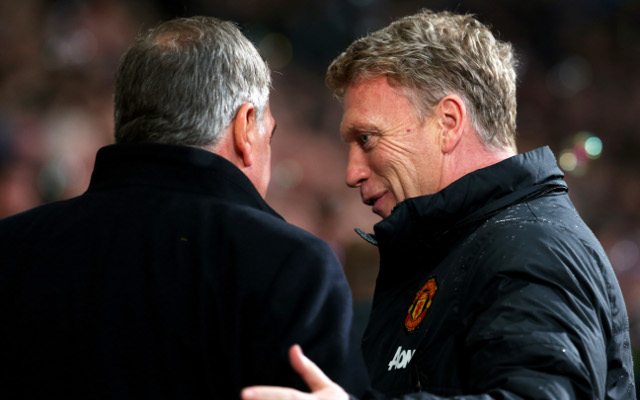 Sam Allardyce believes David Moyes should take a break from football after being sacked by Manchester United on Tuesday.

Moyes, 50, has been linked to an immediate return to Premier League management with Tottenham and Newcastle after his ten-month reign at Old Trafford was cut short.

West Ham boss ‘Big Sam’, however, feels the Scot should take some time out of the game before returning to work.

“I wouldn’t advise him to come back in to the game sooner. I would come back later if I were him. He has done 15 years continuously – maybe even longer,” said Allardyce is quoted as saying by the Telegraph.

“To take some time with the family and reflect and enjoy life a little bit more without the pressures of particularly Premier League football will do him the world of good and then when he emerges again, he will come back a better manager than he already has been, and he has been one hell of a manager.”

Manchester United have been fiercely criticised for their handling of Moyes’ dismissal after news of his departure broke online on Monday before the news was delivered to the former Everton manager by chief executive Ed Woodward the following day.

And Allardyce feels the process of Moyes’ sacking could have been handled better by the Premier League champions.

“On the outside, and not knowing all the facts, (League Managers’ Association chief executive) Richard (Bevan) would know a lot more than me on the process, but from a distance, the leaking (to the press) didn’t look very good,” he said.

“That is how it looks from the outside. If that is the case, it is a great shame for David and a great shame that Manchester United chose to use that process.”