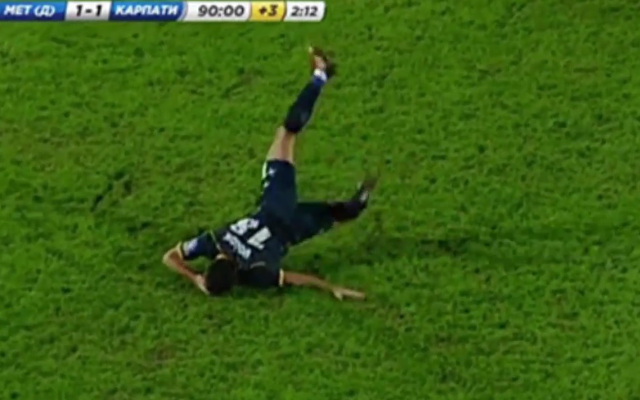 Metalurg Donetsk player Oleksandr Noyok has managed to produce what is possibly the worst dive ever in a Ukrainian Premier League game.

Rolling, holding his head, sneakily looking at the referee, this dive has got it all. With these kind of skills the midfielder might be better off trying his hand at acting rather than football…