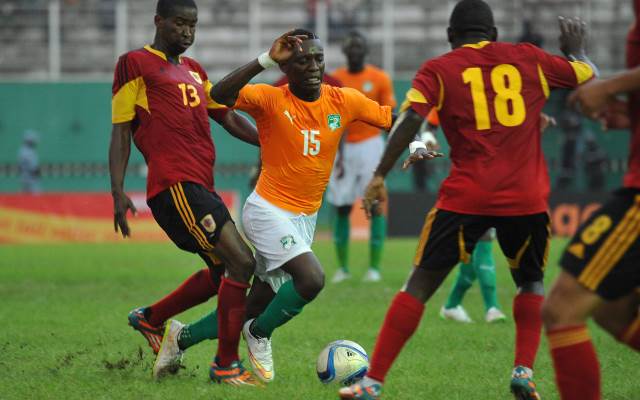 Max Gradel scored for the Ivory Coast as the Elephants drew 1-1 with Equatorial Guinea.

The Saint-Etienne winger is having a superb year. He exploded into life at the 2015 Africa Cup of Nations in Equatorial Guinea, helping the Ivorians to lift the continental crown.

Since returning to France, he has been unstoppable, scoring six in his last five Ligue 1 matches before the international break as the Stephanois have closed in on a European spot.

Gradel may not have scored in the Ivorians’ first friendly of the week—the victory over Angola—but he came on to replace Salomon Kalou and secure the victory against the Equatoguineans in Nelspruit on Sunday.

Iban Edu had opened the scoring for Nzalang Nacional in the 13th minute, before Gradel levelled the match 18 minutes before the end.

SC Bastia forward Giovanni Sio started the match, but was replaced by his club teammate Junior Tallo five minutes before the end.