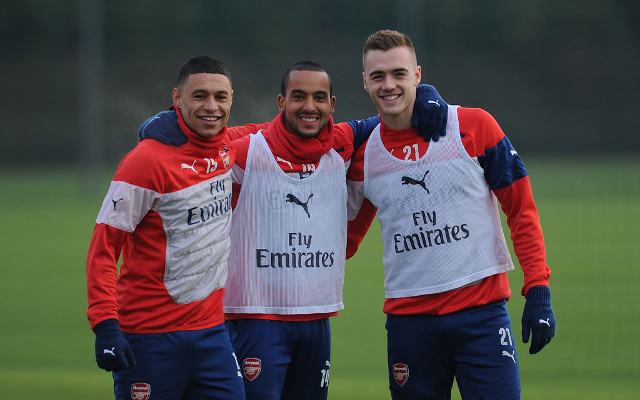 Our friends at Empire of the Kop have compiled a list of players they would like to see come to Liverpool as part of any exchange deal that might involve Raheem Sterling leaving the club.

The England international has been heavily linked with a move away from Anfield, having refused to sign a new contract with the Merseysiders.

The forward’s agent confirmed that Sterling would not sign a new deal with the club during a remarkable tirade, in which he also lambasted both Liverpool and club legend Jamie Carragher.

Arsenal have been linked to the forward, and while they may not be able to part with the £50 million Liverpool would want for the player, they could lower their outlay by throwing some players into the mix.

Here are three Gunners that our comrades at EOTK would like to see move to Merseyside should Sterling leave the club this summer.