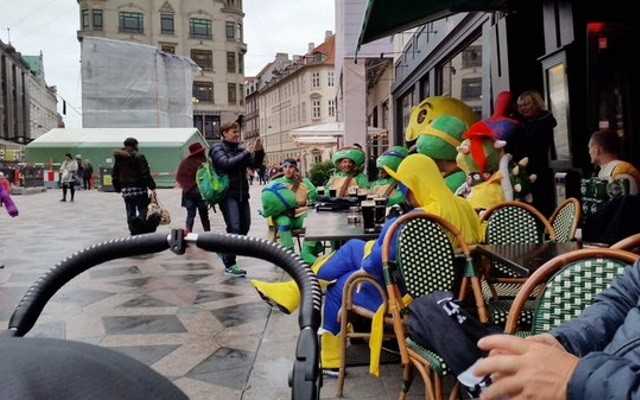 No one would begrudge Leicester City an evening out on the tiles after all they’ve achieved this season.

The Foxes are the stand-out side of any team across Europe’s major leagues, and despite being tipped for relegation ahead of the season, they find themselves as unlikely Premier League leaders after 15 matches.

Claudio Ranieri’s side have amassed 32 points to date, two more than second-placed Arsenal, three more than the Manchester pair and a whopping 17 more than reigning champions Chelsea, who find themselves down in 14th.

Earlier in the season, Claudio Ranieri allowed his team to let their hair down by ordering pizza with two or maybe three toppings if they were good.

Now, however, things have progressed to a whole ‘nother level.

As this tweet shows, Leicester are busy enjoying themselves in the heart of Copenhagen dressed as the Teenage Mutant Ninja Turtles, presumably as part of some Christmas/we’re-part-of-the-title-race bash.

God only knows what their ‘treat’ will be if they keep on winning or…imagine it…win the title!