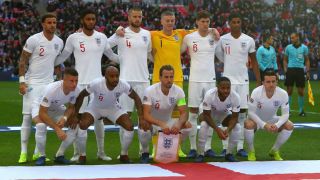 England’s upcoming international friendly against Denmark is expected to be cancelled, according to the Danish FA (via Sky Sports News).

The news comes following increased worries surrounding the coronavirus outbreak, with various games across Europe being postponed or being played behind closed doors.

Football authorities are trying to reduce the risk of large crowds of people being inside confined areas, with Wednesday night’s Premier League fixture between Arsenal and Manchester City being cancelled as a precaution of such.

Of course, it isn’t just the football community that is being effected by the virus. On Thursday morning, it was officially announced, as per The New York Times, that the NBA season would also be suspended.

This news broke after a player tested positive for coronavirus, with officials cutting out the risk of other teams becoming infected. The sports world is evidently taking a big hit by such worries, as contact between players is frequent and simply inevitable.

Now, as reported by Sky Sports News, it appears that England v Denmark will be cancelled. The game was scheduled for March 31st at 8:00pm as an international friendly, with other fixtures likely to be affected too.