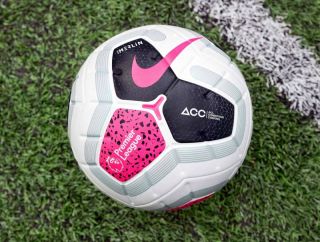 Brighton and Hove Albion have invited fellow Premier League and EFL clubs to contribute to their campaign in offering 100,000 free football tickets for NHS workers.

As reported by The Telegraph, the Seagulls initiated the gesture, promising 1,000 tickets to health workers up and down the country. Bournemouth quickly followed, also pledging the same gesture.

The Cherries’ chairmen, Jeff Mostyn, has spoken out about the incredible campaign, stating: “We fully appreciate football is the last thing on anyone’s minds at this moment, but we feel this is a small way in which we can show our gratitude for those NHS staff on the frontline.”

Such news comes following the coronavirus outbreak, putting serious strain on hospitals and resources across the country. The NHS has recently called for 250,000 volunteers to help with the situation, with workers putting in the long hours for those most vulnerable.

As a token to their good will, both Brighton and Bournemouth want every single club in the nation to provide free tickets to such workers.

Mostyn further stated: “If each of the 92 clubs committed on average one thousand tickets, with The FA donating for a future England international and Scottish Premier League and Irish League clubs also contributing, we could easily top 100,000 tickets for these heroes.”

The coronavirus has clearly had a huge impact on the sporting world, with virtually every event around the globe being postponed. When football resumes, however, it would be an incredible gesture for clubs to pay their dues to the fantastic NHS staff.