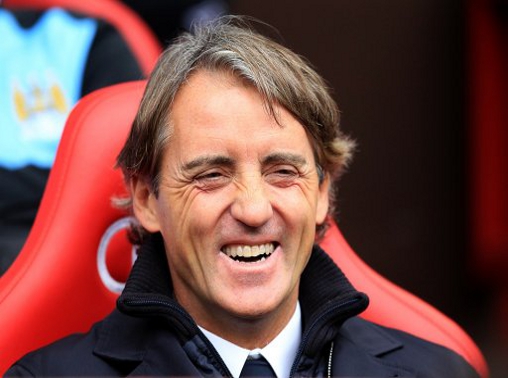 Goal.com understands that City boss Roberto Mancini has sent scouts to watch the former Osasuna man, who can also play at centre-back, a number of times this year as the Italian looks to shore up his squad ahead of next season’s Champions League campaign.

One wonders where exactly Roberto Mancini would like to squeeze Javi Martinez into his Etihad Stadium side’s midfield but when you have more money than you know what to do with then perhaps it’s best to buy up players to prevent your rivals from getting their hands on them?

Given that the Man City boss has the likes of Gareth Barry, Nigel de Jong, Yaya Toure, Owen Hargreaves and James Milner, who can all play in a central midfield role it would seem that any move to bring in the talented Athletic Bilbao man would mean selling one or two of the club’s current options.

Man United have been linked with Javi Martinez for some months now and the performances turned in by the 23 year old when the two clubs came head to head in Europa League action will have just confirmed to Sir Alex Ferguson just how talented the Spanish international is.

Martinez could give Ferguson much needed steel in the centre of his midfield, an area that the Old Trafford boss could do with beefing up and an area that was in such need of attention that Paul Scholes came out of retirement to fill the void.