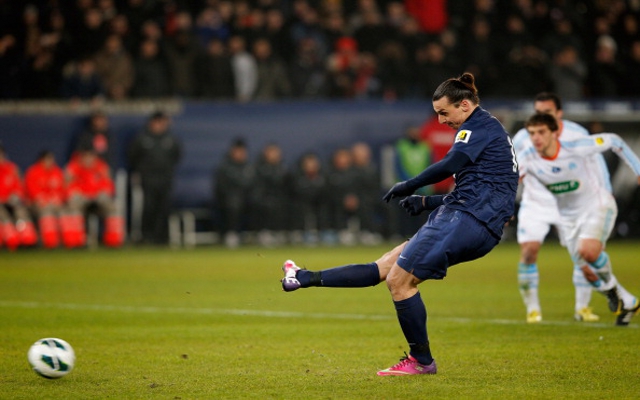 Check in to Reims vs PSG

Zlatan Ibrahimovic scored twice to help Paris Saint-Germain to a 2-0 win against Marseille in the last 16 of the French Cup on Wednesday as David Beckham made his full debut for his new club.

Beckham had an efficient game, and at times excelled, but Swedish striker Ibrahimovic made the difference as he opened the scoring 11 minutes before half time and then netted the second from the penalty spot after being brought down inside the area just past the hour mark.

It was PSG’s second win against their great rivals in four days and was achieved by the same scoreline.

However, unlike Sunday’s league clash, there could be no question as to which was the superior side as PSG dominated from start to finish at the Parc des Princes.

The win keeps alive PSG’s chances of winning an unprecedented domestic league and cup double, but the game was of much greater interest globally thanks to the presence of veteran Englishman Beckham.

“Beckham played well, as he usually does,” said Ancelotti.

“It was a better match from us than Sunday. Marseille played with a different strategy and that made it easier for us to boss possession.

“We were more aggressive and controlled the game well.”

After his 15-minute cameo off the bench in Sunday’s Classique, former Manchester United and Real Madrid star Beckham was introduced to the starting line-up as PSG coach Carlo Ancelotti made a total of eight changes to his team in a bid to maintain freshness.

In the absence of Thiago Motta due to suspension and Marco Verratti due to injury, the 37-year-old Beckham slotted fairly seamlessly into the central midfield holding role.

Just as he had insisted in the run-up to the game, Beckham appeared in excellent physical condition, and there could be no question that he added something to the hosts’ performance as he showcased his range of passing attributes and occasionally popped up on the right wing to deliver one of his trademark whipped crosses.

His presence again added to the sense of occasion which always makes the fixture so special, but it cannot be forgotten that there is an awful lot more to PSG than one English midfielder in the twilight of his career.

Ibrahimovic has been their unquestionable star this season, even if his recent performances have attracted criticism in some quarters.

Those critics might have felt justified when the Swede failed to connect properly with a low cross from Kevin Gameiro after 15 minutes, but he soon stung the palms of Steve Mandanda in the Marseille goal with a shot from 30 yards.

And then came the opening goal, Ibrahimovic battering his way past Lucas Mendes as the two players chased a long ball over the top of the Marseille defence before beating Mandanda with an untidy finish that nevertheless underlined PSG’s superiority up to that point.

There was almost a response from Marseille early in the second half when Andre-Pierre Gignac tried his luck with a snap-shot on the turn that Nicolas Douchez did well to save.

However, the visitors were some way short of their best, with their own Englishman Joey Barton struggling to make an impact in midfield, and PSG were handed the chance to increase their lead when Ibrahimovic was unceremoniously brought down inside the box.

The Swede then stepped up to score from the penalty spot to make it 2-0.

Beckham played his part in that goal though, with his long ball forward initially releasing Ibrahimovic, and the Englishman was given a standing ovation when he was substituted towards the end.