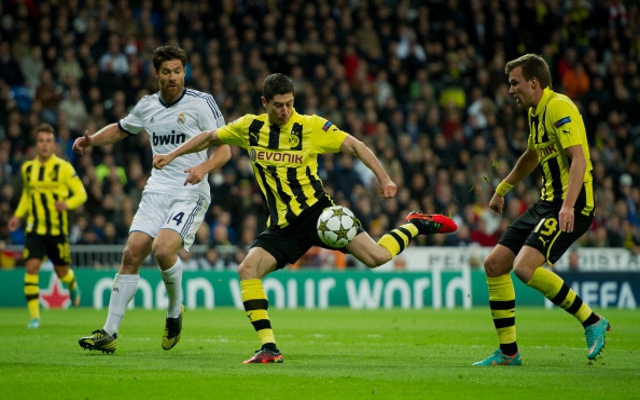 The Polish striker was talked up as a target for Manchester United last summer as well, but the club opted to sign Robin van Persie from Arsenal.

Ferguson now has an enviable strike force to choose from, but with suggestions that Wayne Rooney might leave for PSG at the end of the season, the Red Devils boss had turned his attention towards Lewandowski again, particularly after the forward announced that he would not be signing a new contract with Dortmund.

However, reports in Spanish publication AS and the Daily Mirror claim that the 24-year-old has already been identified as a key target by Pep Guardiola, who will take over as manager at the Allianz Arena next season.

Although Dortmund have missed out on a third consecutive Bundesliga title this year, Lewandowski is the league’s top scorer with 22 goals, and would certainly strengthen any side that gets him, even Bayern and United who have both had an easy ride to glory in their domestic leagues this season. The Pole also broke a record at the weekend, becoming the first player to score in 11 consecutive Bundesliga games.