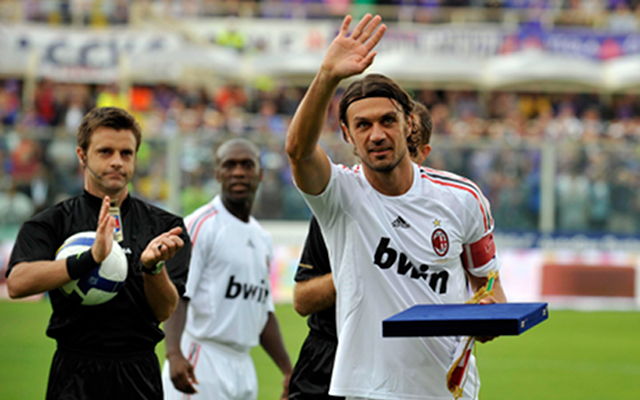 Maldini set to carry on from where Leonardo left off.

Former AC Milan defender Paolo Maldini is set to take over from his old teammate Leonardo as the sporting director at Paris Saint Germain, according to Corriere della Sera.

The former Rossoneri skipper was at the Parc des Princes on Wednesday to see the Ligue 1 champions take on Benfica in their Champions League group game.

Maldini is known to still be in regular contact with Leonardo, as well as the club’s Qatari owners. The Qatar Investment Authority are now thought to be keen to turn to Maldini as they continue to search for a replacement for Leonardo after the Brazilian tendered his resignation back in July.

Maldini is now said to be considering the offer and weighing up the pros and cons before deciding whether to take them up on the offer or not.

The 45-year-old had once stated that he would like to go into coaching after hanging up his boots and even revealed that he turned down an offer from Chelsea in 2009 to become a coach there and reunite with former boss Carlo Ancelotti, who was in charge at Stamford Bridge at the time.