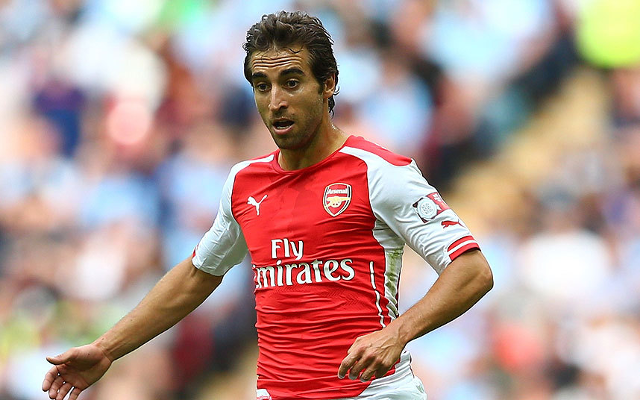 Mathieu Flamini could leave Arsenal at the end of the season with reports suggesting that the Frenchman is MLS bound.

The 32-year-old returned to the Gunners for a second spell in September 2013, and has proven to be a useful squad player for Arsene Wenger since.

However, it appears as though his services may no longer be required moving forward which in turn has forced him to consider his options, as reported by talkSPORT.

The tough-tackling midfielder will naturally gain interest from around Europe as he still has plenty left in the tank at this level, but a move to MLS could be an intriguing option.

Meanwhile, Wenger will be under plenty of pressure this summer to strengthen his squad, as the north London giants look set to end this season without a trophy.

Having been tipped to end their long wait for Premier League title given the struggles that their main rivals have encountered this year, Wenger’s men have been unable to take advantage even though they still hold faint hopes of surpassing both Tottenham and Leicester City.

While the French tactician deserves to face the brunt of criticism, it has also been down to his players not performing to the best of their ability.

Individuals such as Flamini have proven to be reliable, but unable to take the club to the next level where they consistently deliver and compete for silverware on a regular basis.

In turn, a summer clear out could be on the cards at the Emirates, with Flamini unlikely to be the only player heading out of the exit door which in turn will create space for others to arrive and take the club forward.