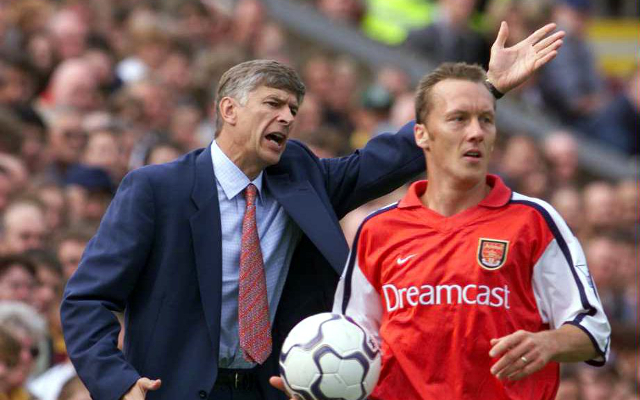 Former Arsenal defender Lee Dixon has urged Arsene Wenger to splash the cash in the summer, otherwise he feels the Gunners will fail to win the Premier League title next season.

The North London outfit have not been crowned champions of England since the 2003/04 season and despite finishing third in the table this year, they were still 12 points adrift of Chelsea.

Dixon, who was part of two seperate title-winning squads under Wenger, wants to see his former boss strengthen the playing squad at the Emirates Stadium this summer, in order for the club to pose a genuine threat for the championship next season:

“I think there’s a couple of positions they still need to strengthen.” he told Mirror Sport.

“I don’t think you win the league with Olivier Giroud as your main striker on his own. He needs help, I’m a big fan of his but he needs another signing alongside him.”

“They also need another holding player to help Francis Coquelin and maybe a world class goalkeeper, most teams who win the league have got one.” Dixon added.

It would appear that Wenger is already planning to build a squad capable of winning the league after he told Sky Sports following his side’s 3-1 victory against Hull City that he wanted to sign world class players when the transfer window opens.

Those comments sent the rumour mill into overdrive with the likes of Arturo Vidal, Jackson Martinez and Petr Cech all linked with a move to the Gunners in the summer (via Daily Star Sport and Metro Sport).