Manchester United and Chelsea are both interested in signing young Middlesbrough defender Dael Fry, who has had a terrific start to the season. The centre-back helped the England under-20 squad to World Cup glory during the summer as the Young Lions beat Venezuela 1-0 in the final. 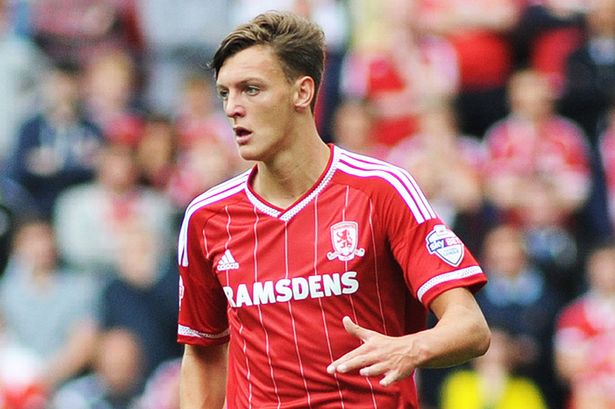 Team Talk report that both clubs are plotting to lodge bids for the 20-year-old. Fry played an influential part in Middesbrough’s re-entry into the Premier League two seasons ago but did not feature as a first-team regular after that, being loaned out to Rotherham for the first half of last season.

This season, under Gary Monk, the youngster has already made eleven appearances this campaign, keeping seven clean sheets in the process.

The defender, who also won the under 17’s European Championships in 2014, is contracted at the Riverside until 2021, although these recents reports have cast doubts over his ‘Boro future.

The Sun say scouts from both clubs ahem already been to watch the player.