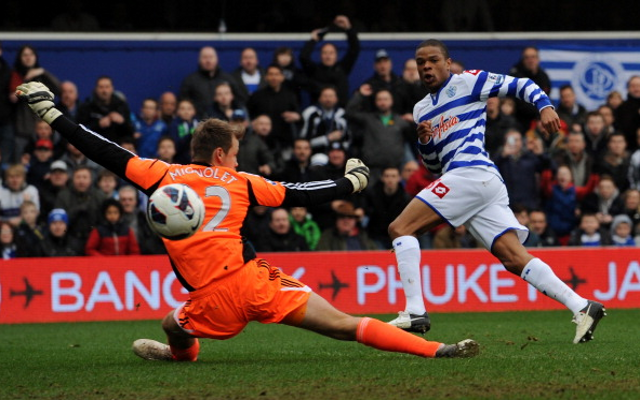 Liverpool are ready to make an £8m bid for QPR striker Loic Remy as Brendan Rodgers looks to strengthen his Anfield attack according to the Daily Express.

Rodgers is confident his side will retain the services of Uruguayan international Luis Suarez but is looking to bring in alternative options to help boost his striking options knowing that his main attacking weapon will be suspended for the first six matches of next term.

Remy moved to QPR in January and has proven a success despite his side’s relegation. The former Marseille man has netted five goals in ten starts for the West London side.

The French international finished as Marseille’s top scorer in each of his two full seasons at the club and is a player with a great deal of ability. Remy can leave Loftus Road if a side is willing to trigger his £8m release clause and the striker will be keen to leave the Championship bound side in order to retain his hopes of a spot in his national side’s squad, especially with a World Cup on the horizon.

Rodgers has Luis Suarez and Daniel Sturridge as his main two striking options but beyond his first choice pair options in his Anfield squad are a little sparse. Fabio Borini has had a mixed first season on Merseyside but did finally net his first Premier League goal this weekend during Liverpool 6-0 win over Newcastle United.