Could Beckham, who last played for Paris Saint Germain in the 2012-13 season, be on his way to the Championship side? It seems admittedly unlikely.

According to the Daily Mail, The England legend was watching two of his sons, Romeo (12) and Cruz (9), play for two of Arsenal’s youth teams against the Royals’ own academy sides. Beckham’s eldest son, 15-year-old Brooklyn, has also trained at Arsenal’s academy.

‘David Beckham in the building, obviously excited to see me. Worldy!’ tweeted an excited Hope Akpan, who helped Reading’s senior side to a 3-0 victory over Fulham on Saturday.

See the pictures below: 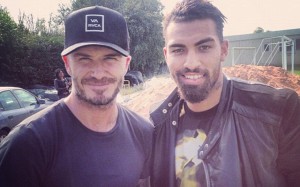 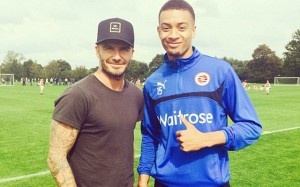 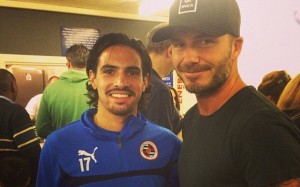