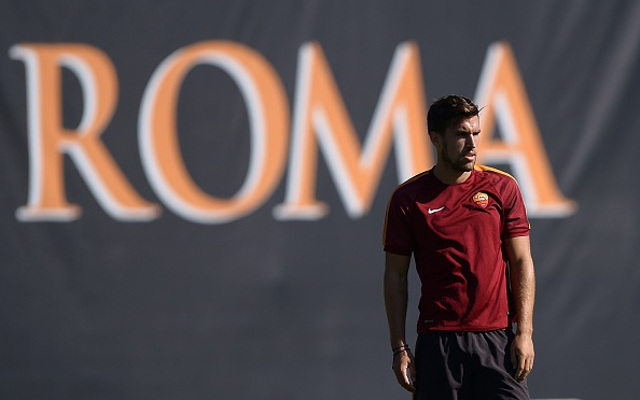 Old Trafford side look to bring in AS Roma star.

Man United are reportedly ready to make a long awaited offer for AS Roma midfielder Kevin Strootman after his successful return from long term injury according to the London Evening Standard.

The 24 year old Dutch international has been out for eight months with a knee ligament injury and returned to action during his side’s 3-0 win over Torino on the weekend.

Louis van Gaal is known to be an admirer of his former national team charge and a move to bring in the box to box performer may tempt the former PSV Eindhoven man though AS Roma boss Rudi Garcia is likely to fight to keep hold of the midfielder.

Strootman made a big impact since his move to the Stadio Olimpico in the summer of 2013 prior to his long lay-off though Garcia has seen his side retain their good level of form without the player.

Van Gaal has publicly commented on his apparent interest in Strootman, stating over the summer;

“Strootman I can judge, but he has been injured for more than six months.”We have to wait and see how he comes back. It’s not so easy to come back out of an injury, so we’ll wait and see.”