This could have completely changed the game…

Manchester United star Chris Smalling got away with a blatant handball in their match against Stoke City.

The England international blocked a Peter Crouch header with both of his hands, but referee MIchael Oliver did not seem to see the incident despite the howls of derision from the home fans. With the score 1-1 at the time, a goal Pooters could have been enough to end the Red Devils’ now ten match unbeaten run.

Check out the evidence below and see for yourself the incident… 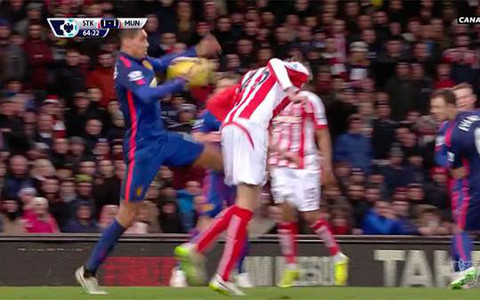