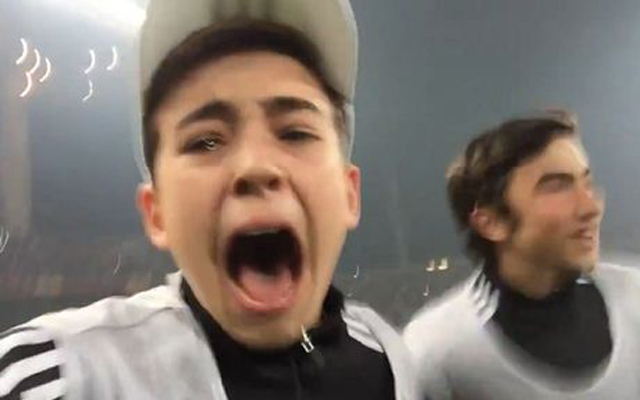 Liverpool have won twice in the Premier League since, but this Besiktas fan is probably still celebrating his side’s Europa League win from last Thursday…

So apparently Besiktas beating Liverpool last week was somewhat of a big deal! Not only is this one young fan still running away from the phantom monster that’s chasing him across the Istanbul pitch, we’ve learned that this is also a form of celebration!

The Reds are unbeaten in 12 Premier League games, and have won twice since last Thursday’s Europa League exit. But while Dejan Lovren’s penalty miss has been quickly forgotten on Merseyside, it will surely live long in the memory of this enthusiastic ballboy: