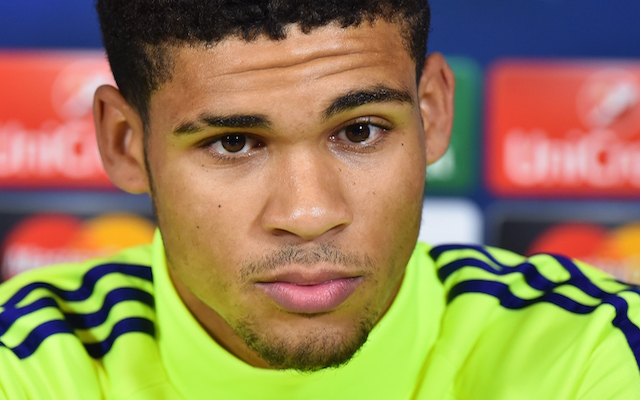 If Jose Mourinho is to be believed then sought-after Juventus midfielder Paul Pogba will NOT be making a summer switch to Stamford Bridge because he plans to promote Ruben Loftus-Cheek into the first team next season.

Pogba has been tipped to leave the Serie league leaders in the next transfer window and Chelsea have been touted as a possible destination but Mourinho has told the club’s official website that he has a midfield spot earmarked for Loftus-Cheek next season:

“I think Ruben next season will compete directly for a position.” Mourinho said

“Now is not the moment, it is the moment for his evolution, the moment to protect him. If we were in this moment fourth, fifth, sixth or seventh he would be playing for sure.”

“Now the best way is to go with players with more experience but next season I expect him not just to play a few times but to compete for a place in the team because his evolution is superb.” He added.

Not saying Loftus-Cheek won’t develop in to a top player in time, but will Mourinho really pass up on the opportunity to sign one of the best players in the world in order to promote a youngster? Here are FOUR reasons why we don’t quite believe Jose.