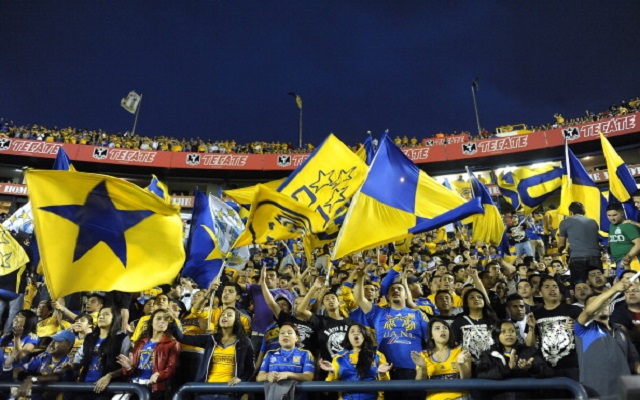 Tigres UANL have temporarily gone top of the Liga MX table in Mexico after they emerged as 3-1 winners over Queretaro in the Estadio La Corregidora on Friday night.

Before the game all the talk was around whether or not Queretaro could continue their fine form which had seen them win their last four games and beat Club America 4-0 in the Azteca last weekend. Within ten minutes it looked unlikely as Damian Alvarez scored a spectacular opener, and by half time the game was over after a Joffre Guerron header and a second Alvarez goal made it 3-0 before the break. Queretaro pulled one back early in the second half, but Tigres remained in control to take all three points.

Tigres made two changes from the side that beat Monterrey 3-0 in the Clasico Regiomontano last weekend, as Edgar Sobis and Egidio Arevalo came in from Edgar Lugo and Jorge Torres Nilo. Queretaro also made two changes, as Patricio Rubio and Dionicio Escalante replaced American Jonathan Bornstein and ex-Tigres player Danilinho respectively.

The opener came in stunning fashion in just the ninth minute. Damian Alvarez picked up the ball on the half way line and dribbled the length of the pitch before stepping inside and unleashing a venomous dipping shot from 35 yards, leaving Queretaro ‘keeper Tiago Volpi with no chance. It was his first league goal of the Clausura.

Tigres continued to look threatening, and after forcing Volpi into a string of good saves eventually found their second in the 38th minute. Ecuadorian winger Joffre Guerron was the scorer, taking advantage of some shocking marking to nod home Sobis’ cross from six yards out.

Just two minutes later Tigres scored again to make it 3-0 and put the game beyond the hosts. Damian was once again the scorer, getting his second of the game. Full back Israel Jimenez released the ball from deep, leaving Tigres three-on-one with the Queretaro keeper. A selfish Guerron failed to score from his initial effort, but the ball spun kindly for the 35 year old winger, who was left with a simple tap in.

Queretaro pulled one back in the 54th minute after Kevin Gutierrez did well to head home Sinha’s cross, but it was never more than a consolation goal. Tigres rode out five minutes of pressure and from then on controlled the remaining half an hour.

The result means Tigres have moved from fourth to first, ahead of Chivas, Veracruz, and Tijuana – though depending on results elsewhere there is no certainty that they will still be there by the end of the weekend. Queretaro stay eighth, but could drop as low as fourteenth by Sunday night.

There are now only two games remaining of the regular season. Tigres welcome Chivas to El Volcan next Saturday before a trip to Toluca on the final day, while Queretaro travel to last-placed Morelia in Week 16 before seeing the season out with a home game against Chiapas.