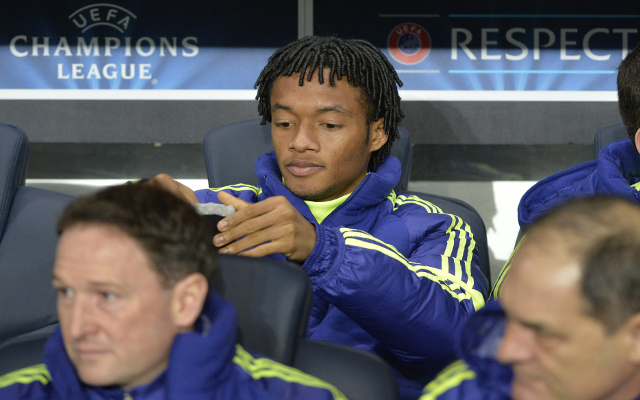 Barcelona are reportedly hot on the heels of Chelsea attacker Juan Cuadrado according to the Metro.

The 26 year old Colombian left Fiorentina for Chelsea in the January transfer window but has barely had a look-in at Stamford Bridge and as such it’s hard to fathom as to why Barcelona would have taken an interest in the South American.

Chelsea paid £23m for Cuadrado, in a deal that saw Egyptian Mohamed Salah move in the opposite direction on a loan deal, and Jose Mourinho has handed the wide-man just three Premier League starts thus far this term.

Cuadrado has looked off the pace and is yet to adapt to life in the English top tier and as much as he’d perhaps like a move to the Nou Camp it’s not instantly obvious as to why Luis Enrique would be interest in the Blues star.

Barcelona are ready to pay £24.8m though they couldn’t make the move until January 2016 due to their current transfer ban.

When you consider that Enrique primarily uses Lionel Messi, Neymar and Luis Suarez as this attacking trio it’s hard to see quite where Cuadrado would fit in to his first team plans.