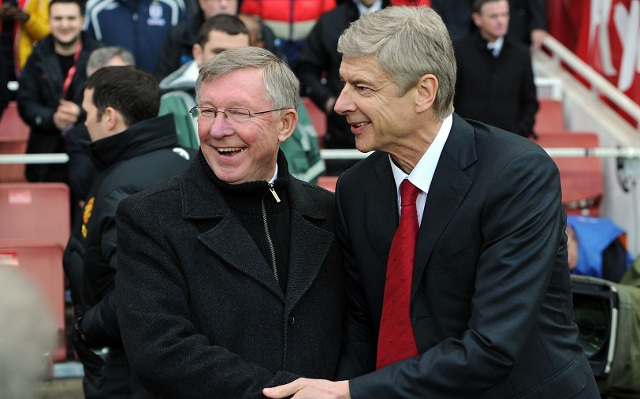 The two men are set for their third consecutive FA Cup meeting on Saturday, having met last season as well as in the 2014 final.

On that occasion, Bruce’s side tore into a 2-0 lead through James Chester and Curtis Davies before goals from Santi Cazorla and Laurent Koscienly took the game to extra time.

Aaron Ramsey scored the winner in the 109th minute to end the Gunners’ nine-year wait for silverware.

Despite their head-to-head battles in recent seasons, Bruce and Wenger retain a close friendship. Indeed, the Gunners coach—speaking to the tabloid—has revealed just how highly he thinks of the former Birmingham City boss.

” He is a fantastic football man who has great consistency as a player and manager. He is in the game for a long, long time,” Wenger announced.

“I think he will be in the Premier League again next season.”

Wenger once helped out Bruce during the latter’s time at Wigan Athletic, when he recommended Honduras midfielder Wilson Palacios to the former Manchester United defender. Similarly, Wenger has loaned the likes of Fabrice Muamba, Nicklas Bendtner and Sebastian Larsson to Brunce during his time at Arsenal.

The Tigers currently sit top of the Championship table, two points ahead of Middlesbrough, having played a game more. They are three ahead of Brighton and Hove Albion in third.