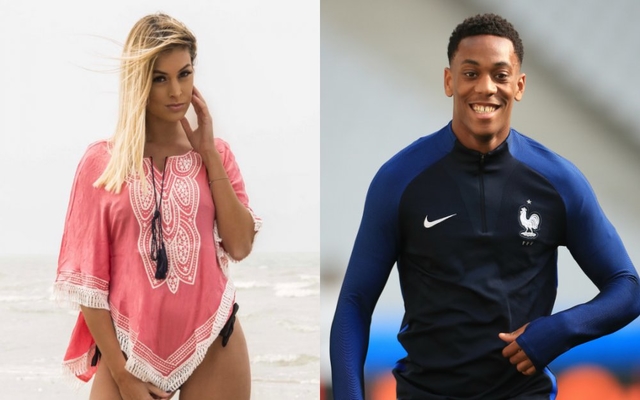 Times are difficult for Manchester United forward Anthony Martial on and off the pitch right now, as his girlfriend Melanie Da Cruz was involved in an accident.

The 25-year-old was on her way to pick up the French international from training at the Carrington complex this week when she was forced to swerve off the road to avoid an on-coming vehicle and went into a ditch.

With her car rolled onto its side, Da Cruz was able to scramble out and waited on the side of the road for assistance, according to The Sun, with a passing tractor stopping and towing her car to Carrington where she was able to receive further attention.

Fortunately, it sounds as though she escaped any injury as she’s back on Instagram posting new snaps, but it would have been another concern for Martial in a season that promised a great deal but is rapidly falling short of expectations.

Off-the-field distractions haven’t helped the former Monaco man as this isn’t the first incident that has dominated the headlines regarding his love life, but his form on the pitch has suffered too.

The 20-year-old had 20 goals and 16 assists in 56 appearances in all competitions last year, but following the arrival of Jose Mourinho this past summer, he’s been in and out of the team and has managed to contribute just two goals and two assists in 13 outings.

His priority would have been to ensure that Da Cruz avoided any injuries, but with those concerns allayed, he must now focus on his football and get back to being a decisive part of the United squad.